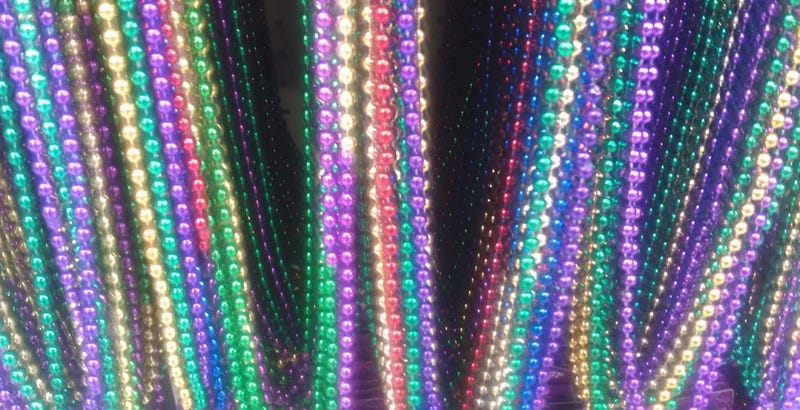 The cancellation of the Rex Mardi Gras parade and ball, and Endymion’s cancellation just days before, have left numerous support businesses wondering if they are going to make it until carnival.

Among them is Beads by the Dozen, who supplies all krewes with beads and other trinkets tossed from the many floats presented by the krewes.

After all the krewes cancelled their parades in Orleans Parish, Beads by the Dozen owner Dan Kelly was forced to lay off employees.

A little under one-third of his workforce was laid off.

Most of that is already here and in storage for better times, hopefully in 2022.