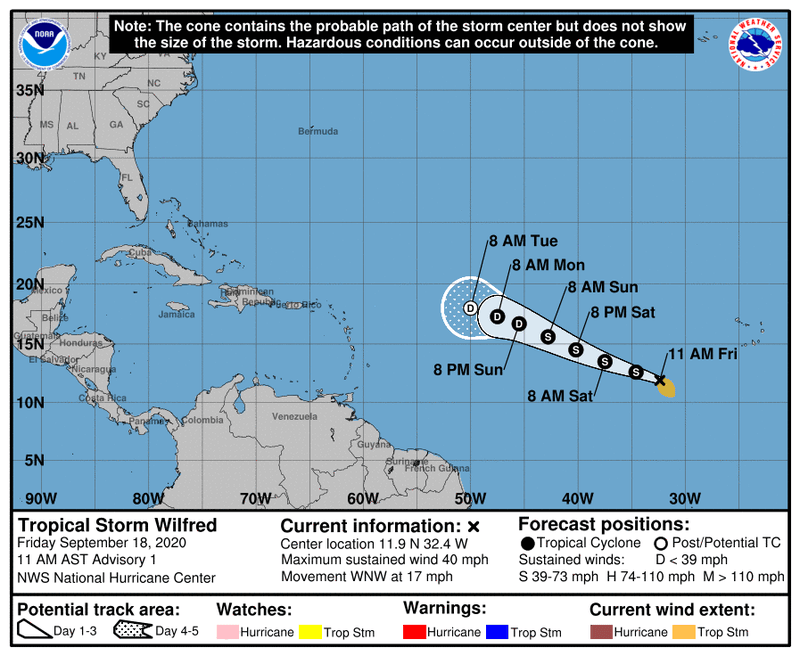 The National Hurricane Center this morning announced Tropical Storm Wilfred has formed in the Atlantic ocean midway between Africa and South America. Wilfred is the last name on the list for the 2020 hurricane season.

It means Tropical Depression 22 in the southwestern Gulf of Mexico could become Tropical Storm Alpha, possibly as soon as today. Meteorologists use the letters of the Greek alphabet if a season runs out of names. The last time Greek letters were used was in the record-setting 2005 hurricane season.

In 2005, Alpha didn't form until October 22. The 2020 season has consistently set records for the earliest in the season that a particular storm has developed. The 2005 season made it all the way to Zeta, the sixth letter of the Greek alphabet, which formed in late December and lasted into January 2006.

Tropical Depression 22, meanwhile, is forecast to remain in the Gulf for possibly the next five days, meandering toward the southern Texas coast then turning roughly parallel to it and heading northeast. Southwestern Louisiana is in the five-day area of uncertainty. 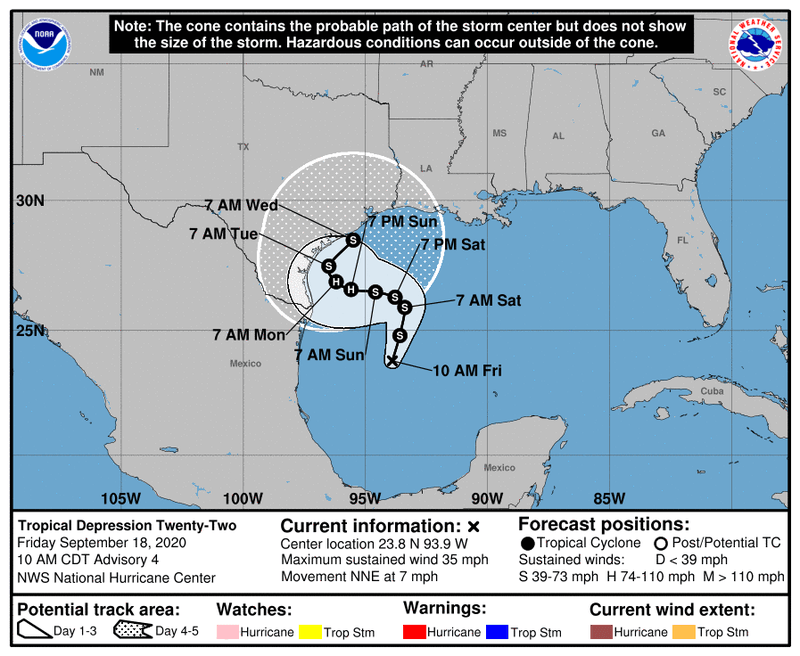