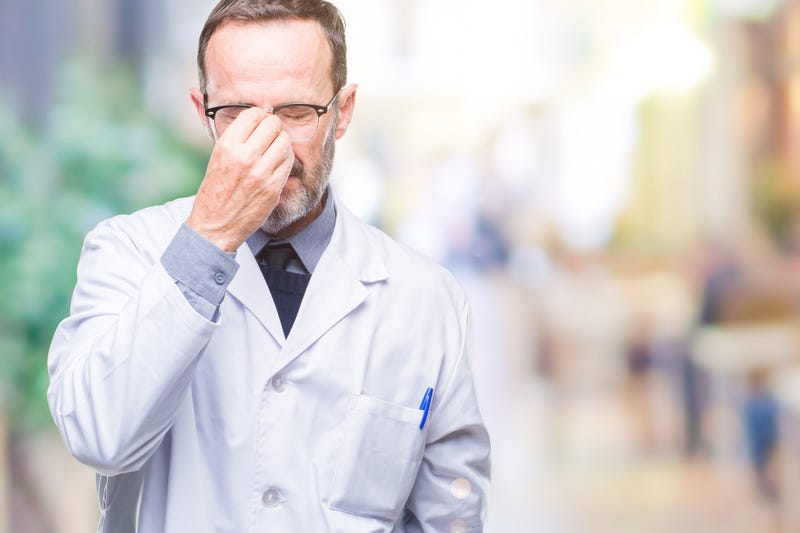 Louisiana’s Assistant State Health Officer Dr. Joe Kanter joined Newell for his recurring weekly segment Thursday morning to discuss the latest developments in the battle against COVID-19, preventative measures, and the search for effective treatments or even a vaccine. This week, Kanter reports that the state is unquestionably heading in the right direction, but nobody should be breaking out the champagne.

“Where do we stand this week? We’re moving further away from Labor Day weekend, so what are the numbers revealing?” Newell began.

“We continue to look good, which is good news,” Kanter said. “But I feel tenuous because there is more activity out there now, school is back, football is back, bars are opening soon. I’m happy the numbers continue to go in the right direction. The positivity rate in New Orleans specifically has been steadily declining, it’s at 1.5% now, the smallest it's been since we’ve started. Jefferson Parish is also at a record low of 3.7%, Plaquemines and St Bernard are also below 5% - those are really encouraging numbers, and it’s evidence that people are doing the right thing by distancing and masking. That said, every day there is something new, another school in session, people gathering for Saints games. The risk is real and increasing by the day, so there’s every reason to continue being as vigilant as we have been.”

“Is part of your concern based on what’s happening overseas?” Newell continued. “Is that driving you to use the word ‘tenuous?’

“That’s certainly part of it,” Kanter replied. “Some countries like Spain, that had very serious outbreaks about the same time we did, a lot of casualties that led them to implement a lockdown much more stringent than what we had here and did well for a few months are having outbreaks again. It shows how tenacious this virus again - as soon as you let up, you see cases spring back. It also argues against the notion that if you had a spike, you somehow have enough herd immunity to prevent future spikes. That’s a myth that is not backed up by real evidence. Epidemiologists will tell you you need 60% or 70% exposure to have enough herd immunity to protect against further spread. Nowhere in the United States has that. We have spikes in the Midwest - following the Sturgis Motorcycle Rally, three or four weeks ago, both Dakotas are having the worst outbreak in the country. This stuff is predictable, and we have a lot of time between now and when a vaccine becomes widely available. We’re going to have to work hard to prevent another spike.”

“One thing that is  frustrating for me - and I know it is for you too - is that some of the guidance from the CDC last week was put out and then pulled back as it relates to the size of the particles, ways the virus is transmitted and so on.”

“That was nonsense,” Kanter said bluntly. “It’s not a question among serious scientists that there’s plenty of evidence that the virus spreads through aerosolized droplets. And the six feet distancing is an average, you have to put a number to it so people can be reasonable with their actions. It’s not an absolute, there are plenty of documented instances of the virus spreading beyond six feet indoors when people are doing higer risk activities. The greatest example is singing - north of Seattle, early on in the outbreak, there was a choir practice with one infected person who infected 30 or 40 other people in that room. The evidence is there. It is frustrating to see these world-renowned institutions like the CDC suffer these political oscillations. I hope we get past it.”