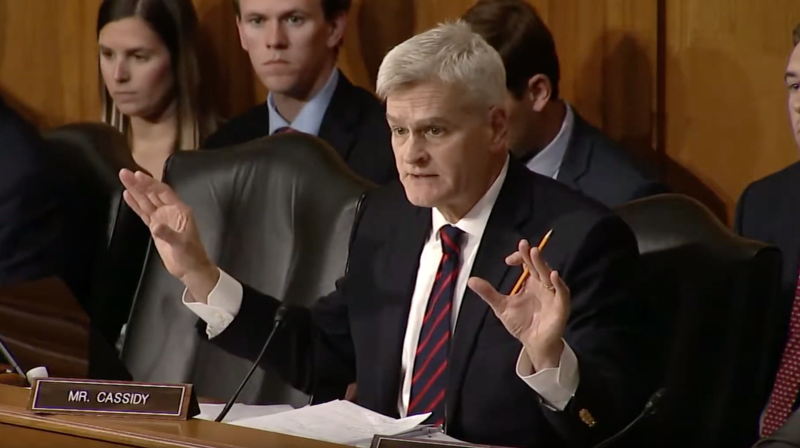 With Michigan’s certifying it’s results, Joe Biden has over 270 electoral college votes. President Trump’s legal team has not presented evidence of the massive fraud which would have had to be present to overturn the election. I voted for President Trump but Joe Biden won. (1/2)

The transition should begin for the sake of the country.” ULM Political Science Professor Joshua Stockley said Cassidy has always been pragmatic.

“He has historically has been an individual who has worked across the aisle and this is a maneuver that is consistent with his pragmatism,” said Stockley.

Cassidy also tweeted that the Trump campaign has not presented the kind of evidence of mass voter fraud needed to change the results of the election.

Cassidy strolled to reelection for another six-year term on November 3rd, winning 59 percent of the vote.

Stockley says as more states certify their results and Biden’s electoral vote lead grows it’s only a manner of days, or at most weeks before most of the rest of the delegation joins Cassidy.

“Given the recent decisions in Michigan and Pennsylvania I would expect to see more and more Republicans conceding and for Louisiana’s officials to do the same,” said Stockley.