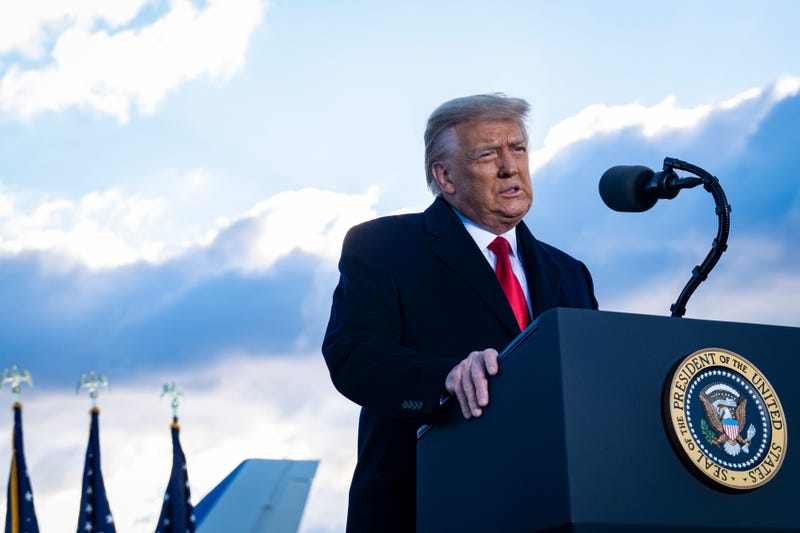 President Donald Trump speaks to supporters at Joint Base Andrews before boarding Air Force One for his last time as President on January 20, 2021 in Joint Base Andrews, Maryland. Photo credit Pete Marovich - Pool/Getty Images
By David Caplan

Donald Trump on Monday formally opened his "Office of the Former President" which will "carry on the agenda" of his administration.

The announcement came shortly after House managers delivered the article of impeachment to the Senate Monday night.

According to a statement from the office, it "will be responsible for managing President Trump’s correspondence, public statements, appearances, and official activities to advance the interests of the United States, and to carry on the agenda of the Trump Administration through advocacy, organizing, and public activism."

The statement concludes, "President Trump will always and forever be a champion for the American People.

The office is located in Palm Beach County, where Trump now resides.

He was unable to announce the opening of the office on social media, as he is still banned from nearly every platform. 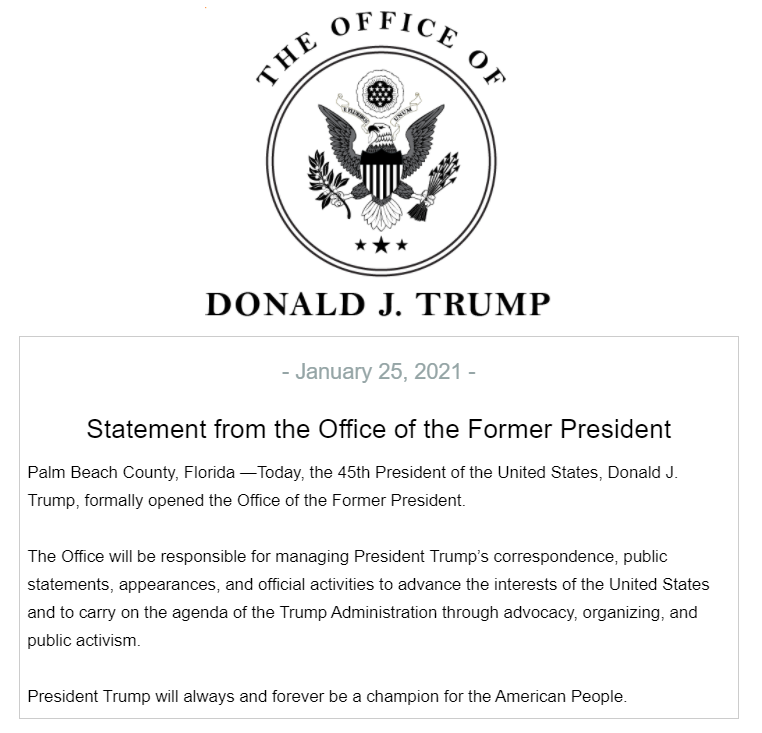 VIDEO: House delivers article of impeachment against Trump to Senate