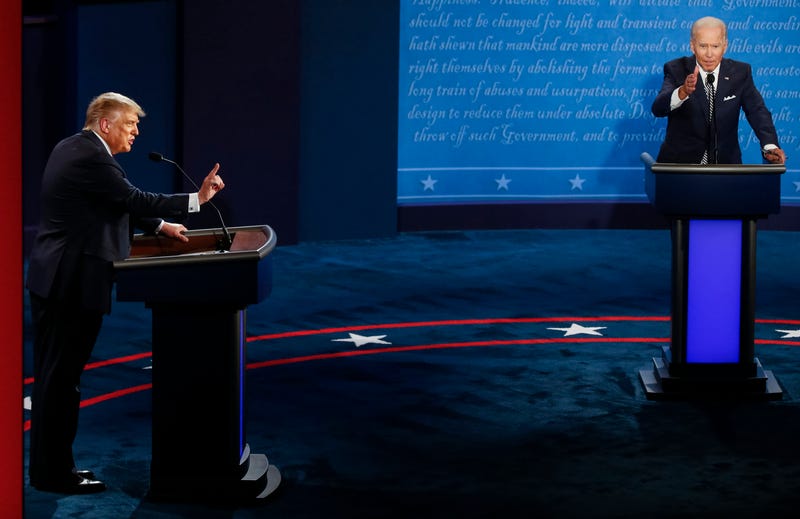 If politics and the media are a reflection of the political state of mind of America - all Americans should be embarrassed by the reflection they saw last night during the first debate between President Donald Trump and former Vice President Joe Biden.

After the debate last night, CNN’s Dana Bash summed it up by saying, “I’m going to just say it like it is - this [the debate] was a SH** SHOW!” Over on The Fox News Network, Sean Hannity exploded into a rant bashing Joe Biden and, at one point, said that Biden looks like he “needs some coco and a nap,” to which Laura Ingram added, “And a binky!”

On CNN, Don Lemmon and Chris Coumo pondered what kind of drug President Trump was on that made him so overtly aggressive.

The partisan critiques of the Trump - Biden debate were predictable, but what was surprising was the depth of lack of civility on the part of both candidates - especially President Trump.

Like a child who refuses to behave in class, moderator Chris Wallace from Fox News had to constantly reprimand Trump for interrupting Biden during the 2-minute segments each candidate had to speak without interruption. Wallace even insisted that President Trump follow the rules his campaign agreed to.

The fact-checking of much of the content of the debate is well underway, and it is amazing how politicians can turn total lies into convincing arguments. President Trump continued to perpetuate the myth - (that’s fake news) - that mail-in ballots are inherently fraudulent. The facts vs. lies during the debate will continue to be debated, but it was hard to concentrate on the little substantive content of the debate because of the circus-like ambience the two characters created.

I have always had great respect for host and journalist Chris Wallace, but I lost a lot of that for him last night. Wallace failed to even come close to maintaining control of the debate, President in particular. The President could not stop himself from interrupting Biden every time the former vice president challenged him - and that was all night. I was surprised that Biden, who presumably wanted to present a presidential image, said to Trump, “Will you shut up, man!”

But the standout moment came when Chris Wallace directly asked President Trump to denounce white supremacists, and Trump refused to do it. Making matters worse, Trump actually told one of the more violent white supremacist groups, The Proud Boys, to “Stand back and stand by.” The all-male activist group is now using President Trump’s tacit endorsement of the group as a recruiting tool.

As an obvious gesture to much of his far-right base, President Trump refusing to condemn white supremacist groups proves that Trump is either a racist or sympathizes with racists. While the President is demanding that Biden denounce Antifa - he cannot bring himself to denounce white supremacists.

Joe Biden has denounced groups, like Antifa. In an article published on the FoxNews.com website, September 8 of this year, Joe Biden denounced Antifa and similar groups “across the board.”

We - the people - are collectively responsible for creating the ugly image we witnessed last night. We continue to cheer for our side, which only encourages our side to continue the divisive discourse. And there is no reason to expect this to change.

The Trump - Biden debate made America look more like a third-world country than the country that has served as the beacon on the hill.