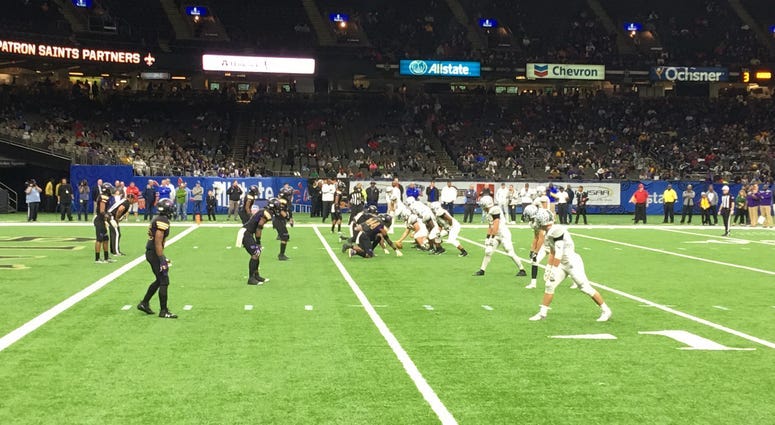 No Saints Fans in the stands? No money for the team, the city, the state Photo credit WWL Radio

As New Orleans Saints fans wait on Mayor LaToya Cantrell to decide if she is going to decree the re-opening of the Super Dome to professional football, the state of Louisiana is losing countless millions in tax revenue.

The Times-Picayune/New Orleans Advocate reports upwards of $15-Mln in sales taxes would be lost to the state if all 10 home games are played in an empty stadium.

Meanwhile, a document detailing the financial favor of re-opening the stadium has been circulating among business leaders.

The document was created by the Saints and ASM Global, the stadium management company that runs the Super Dome.

"It is compounded exponentially as other economic drivers outside of the building are negatively impacted such as sales taxes that are lost, service jobs are lost, income taxes are not paid and lost, etc.," the document said.

It’s hoped the document will sway Mayor LaToya Cantrell to re-open the games to fans.

This comes at a time when the Saints, frustrated by the Mayor’s refusal to re-open the dome with a reduced capacity, are negotiating with LSU to play their next game before a 25% capacity crowd at Tiger Stadium.

Saying it’s out of an abundance of caution, Cantrell is incrementally re-opening the city of New Orleans.

Despite other cities with college football teams opening their stadiums to fans, Cantrell has been firmly against letting the Super Dome re-open.

Communications Director Beau Tidwell calls the estimates of revenue versus cost of public health safety, "Does not seem to account for the significant public safety costs and other expenditures their request for a special exception would create, even apart from the potential danger to public health such a large, indoor gathering would create."

Tidwell went on to say, ““The city is currently in the process of gathering additional data on the potential impact of such an exception, in partnership with healthcare and private sector business leaders. An incremental return, in line with our overall phased reopening, can be implemented far more safely than the 20,000 gathering currently being requested."

But no timeline was mentioned.

Meanwhile, the team reportedly has lost $83-Mln in gate receipts.

Not to mention $600-Mln the games dump into the local economy during the season.