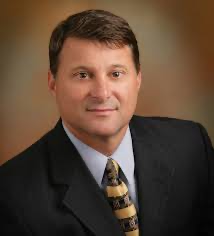 Senate President Page Cortez introduces legislation requiring the Governor to meet with the Legislature before making any decisions related to extensions of public health emergencies.

Cortez said his legislation would create a committee of legislative leaders who the Governor must speak with should he want to extend an expiring public health order to explain to them the why behind extending it and to explain how he or she would envision it ending.

The order would also change the petition process for ending a public health emergency or state of emergency, now requiring a majority of surviving members in both chambers to sign off, instead of just one chamber.

Cortez said the Governor would still maintain his constitutional authority to issue orders, this just gives lawmakers a seat at the table.

“If we were at the table and had a clear understanding of why he was putting forward an additional 30 days or 14 days, there would be additional conversation back and forth,” said Cortez.

Under the proposal, the Chief Justice of the Louisiana State Supreme Court must also be informed of any decisions ahead of time.

Cortez said the legislation was inspired by the unprecedented nature of the ongoing pandemic.

“I do not believe that anybody in this room would have contemplated should they have been in the Legislature years ago that an emergency declaration would have lasted for seven months,” said Cortez.