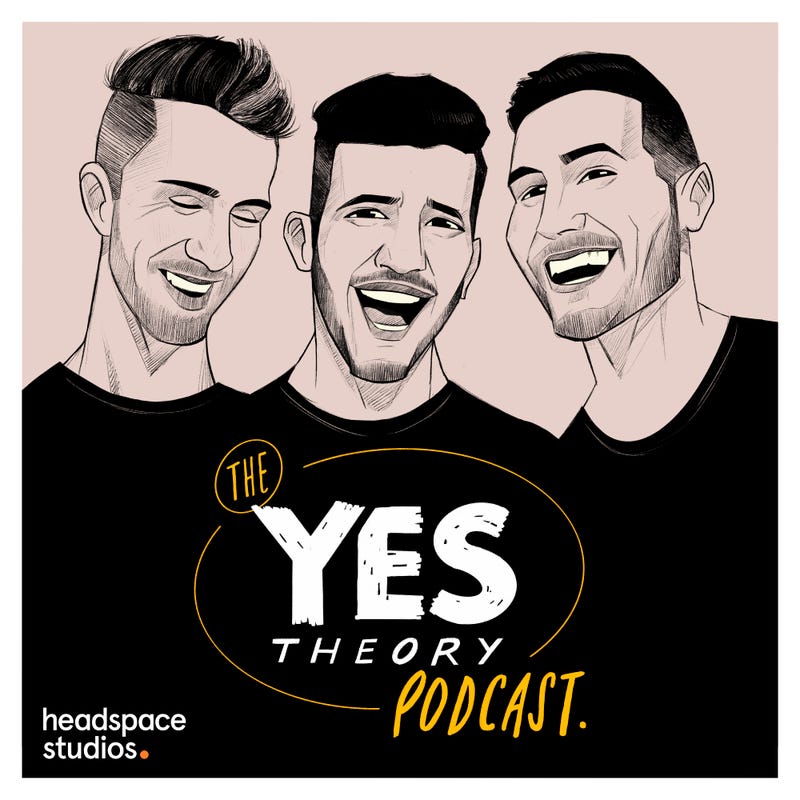 In partnership with Headspace, RADIO.COM's Cadence13 is set to launch a new podcast series based off of the popular YouTube channel Yes Theory, with Thomas Brag, Matt Dajer, and Ammar Kandil at the helm.

"The Yes Theory" will chronicle the three men as they take on challenges that are outside of their comfort zones.

It all started in the summer of 2015 when Brag, Dajer, and Kandil crossed paths in Montreal. They bonded over the idea of putting themselves right in the middle of things they wouldn't typically feel comfortable doing. They've used social media to share their adventurous approach to life with millions.

Season 1 of the podcast series will follow the three men as they unpack the ways their adventurous spirits have led them on a journey of self-improvement and becoming their truest selves.

"The Yes Theory" has a slate of famous guests joining them including Headspace co-founder and Buddhist monk Andy Puddicombe. The three hosts along with their guests will discuss a variety of topics including meditation, uncertainty, burnout, and physical discomfort.

The idea is to arm listeners with the tools to live a life worth living.

Thomas Brad, co-founder of Yes Theory, said, "This is the first time we're lifting the veil behind what really happens at Yes Theory, like what we're really going through and learning behind the scenes. We're just so thrilled to have the chance to dive deeper into talking about why and how discomfort can be a life-changing tool for growth."

"The Yes Theory" launches on September 7th with new episodes available every Monday. Listen to the new podcast series on the RADIO.COM app.