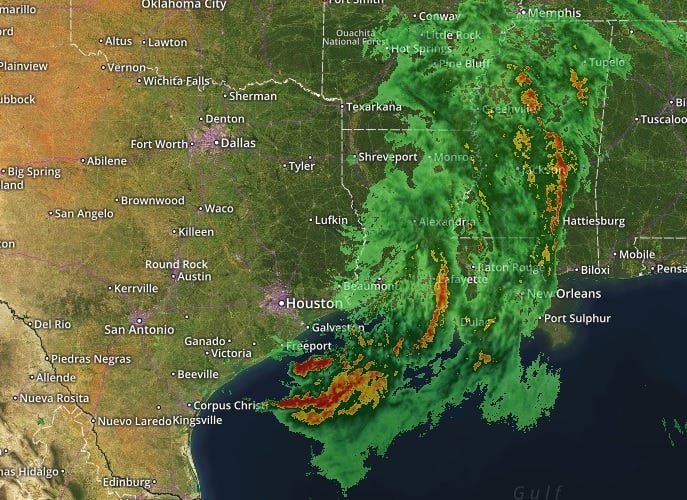 Rainfall keeps moving onshore wrapping around Barry as it creeps across Louisiana.

"Barry is moving toward the north near 6 mph, and this general motion is expected to continue through Monday.  On the forecast track, the center of Barry will move across the western and northern portions of Louisiana today, and over Arkansas tonight and Monday."

The rain covers more than 90 percent of Louisiana and Mississippi now along with portions of Texas, Arkansas, Alabama and Tennessee.

Forecaster expect Barry to dump between four and ten more inches of rain on those states. 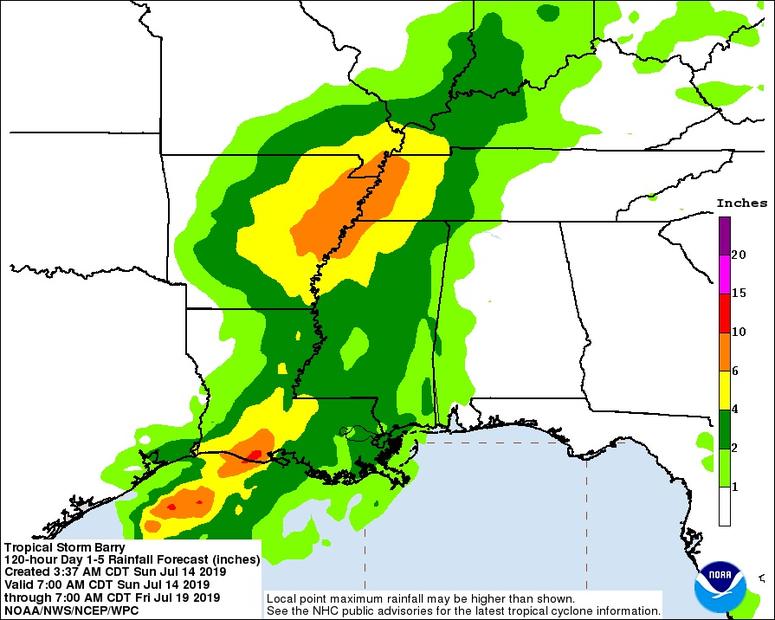