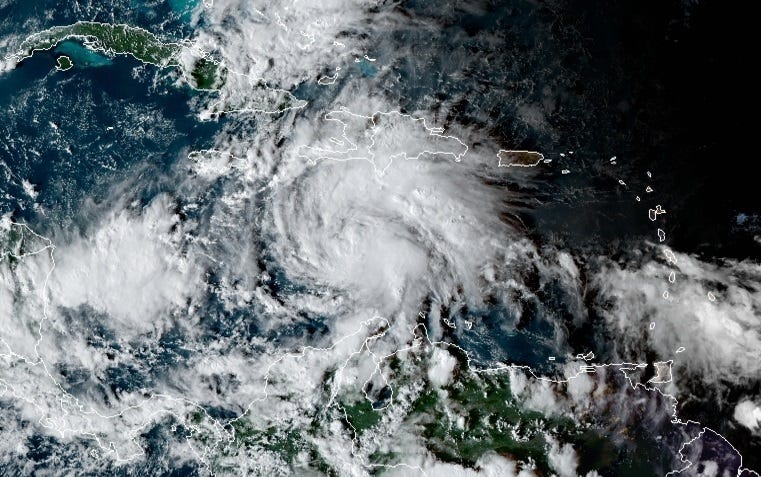 The National Hurricane Center this afternoon upgraded a vigorous tropical wave moving west in the Caribbean Sea to a tropical depression.

"The depression is expected to strengthen to a hurricane early next week as it approaches the coast of Central America late Monday and Monday night," said Hurricane Specialst Robbie Berg at the hurricane center. "Through Thursday afternoon, heavy rainfall from the system will likely lead to flash flooding and river flooding across portions of Jamaica, the Cayman Islands, and Central America, which could result in landslides in areas of higher terrain."

The storm would be named Eta, and it would be the first time that letter of the Greek alphabet would be needed to name a storm. The record-setting season of 2005 ended at Tropical Storm Zeta. 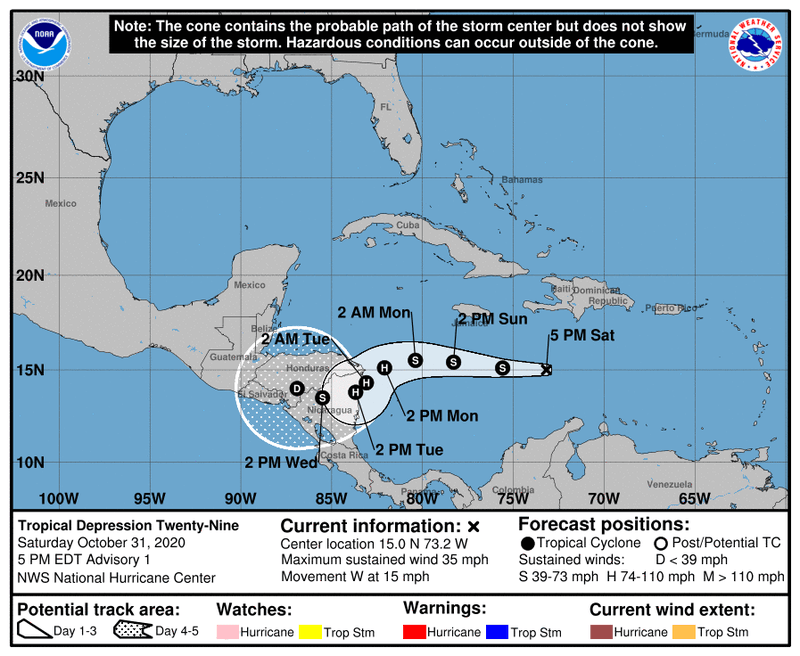