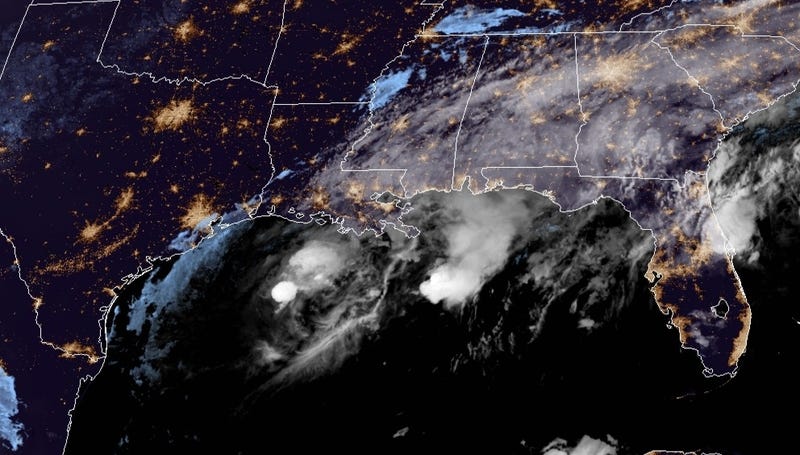 Tropical Storm Beta is creeping north-northeast at two miles per hour. A turn to the west is expected tomorrow.

"On the forecast track, the center of Beta will move toward the coast of Texas and potentially move inland late Monday or early Tuesday," said National Hurricane Center Hurrricane Specialist Robbie Berg. "Right now, the cyclone is embedded within weak steering currents between two areas of high pressure centered near the Bahamas and west Texas/southern New Mexico."

The forecast calls for dry air to impede the storm's development, preventing it from reaching hurricane strength before it makes landfall.

"While the chances that Beta will become a hurricane continue to decrease, the Hurricane Watch for portions of the coast of Texas are being maintained out of an abundance of caution given the uncertainty in the forecast," said Berg, and life-threatening storm surge near times of high tide could occur Sunday through Tuesday from Texas to Louisiana. 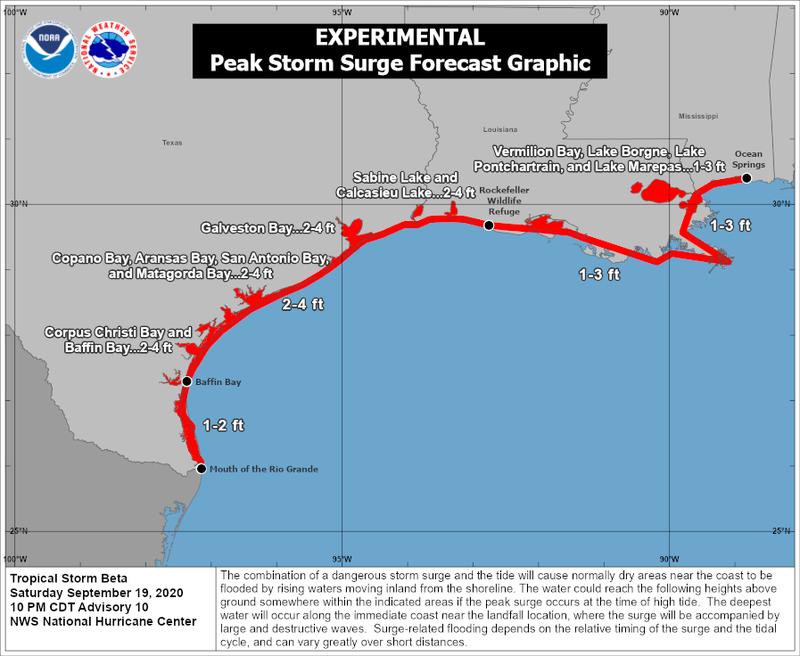 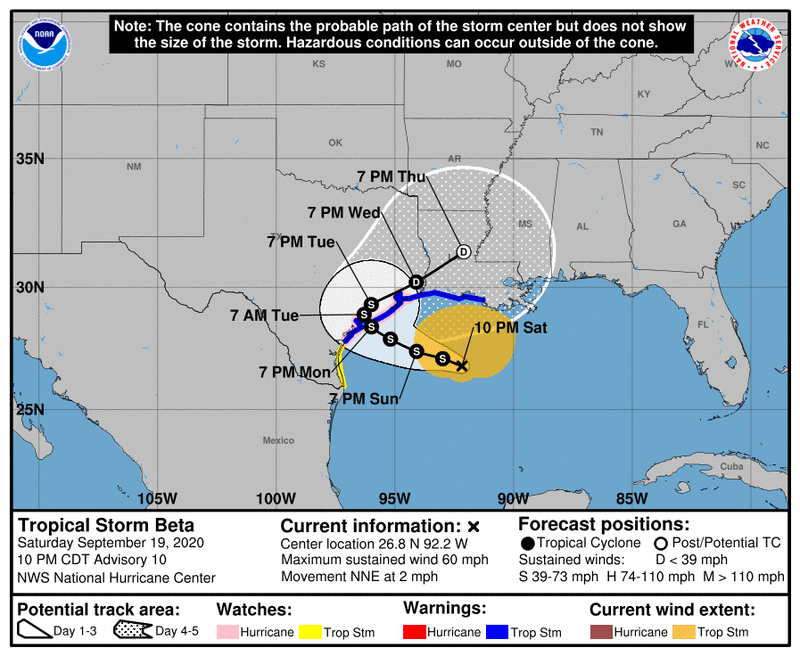