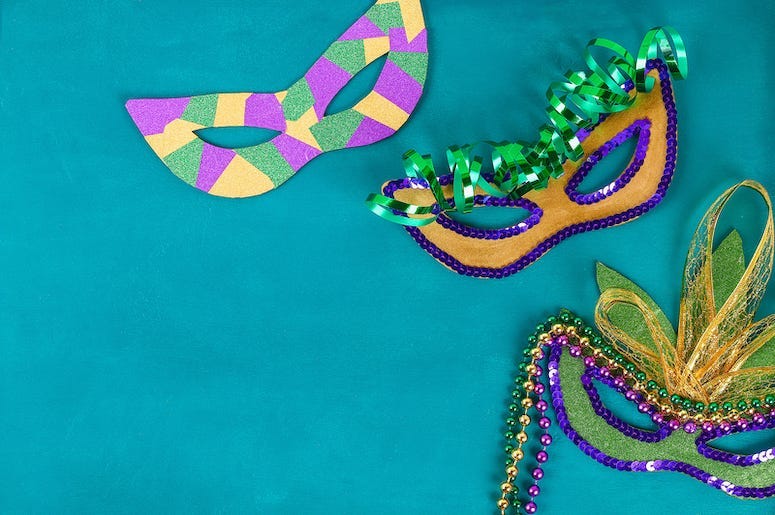 He’s got the boogie and the woogie all wrapped up on a keyboard. The Professor. A New Orleans legend. Best way to a woman’s heart? Red beans and rice.

Not to be confused with the jam you spread on your buttered toast, this Marmalade was bittersweet and so French Quarter. Patti Labelle famously was unaware of the meaning of the French chorus. If you can resist dancing to this, you have too much self-discipline.

Huey “Piano” Smith and the Clowns - Rockin’ Pneumonia and the Boogie Woogie Flu.

Born Mac Rebennack, Dr. John delighted fans with such favorites as “Right Place, Wrong Time,” “Such a Night,” and “Walk on Gilded Splinters.” Mac’s Boogie comes from an album called Mac Rebennack plays Dr. John. A lesser known collection of his work, the good Doctor sheds his Night Tripper persona and showcases what he can do on a piano.

Probably the funkiest protest song I’ve ever heard. Art Neville’s band with Leo Nocentelli on guitar. When this band reformed to tour, they were renamed The Funky Meters which to me was hilarious. Calling them ‘funky’ was superfluous.

Perhaps it was Lee Dorsey who benefited the most from the genius of producer/songwriter Allen Toussaint. One of the more successful New Orleans artists from the 60’s, Lee ran out of steam by 1970 and did car repair. This track was resurrected by Devo, of all people. “Lord, I’m so tired.”

Lee Dorsey - Working in the Coalmine

In a former life, I was a Cajun. How do I know? Whenever I hear Cajun fiddle music, I lose myself. Beausoleil doesn’t mind playing the role of musicologists as they share a very old musical tradition. This is bayou country music.