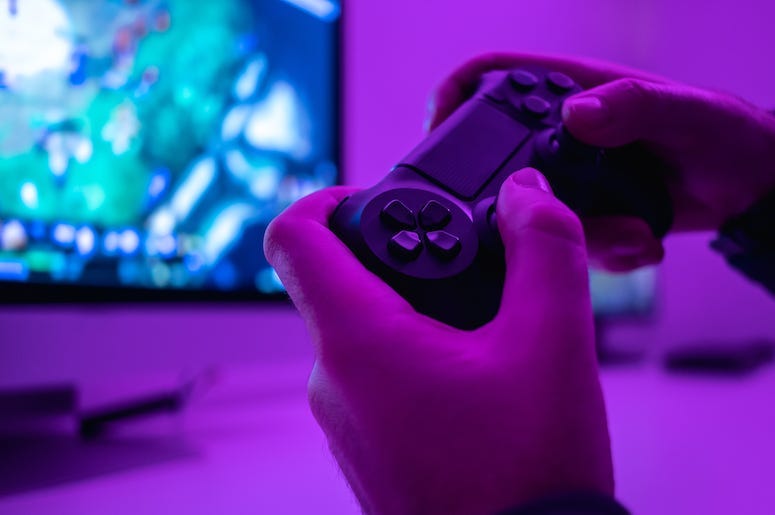 Right now, people all over the world are sharing the challenging experience of indefinite social distancing, looking to escape however they can.

What better way to get out of this frightening world and into another one than to step into the immersive environment of a fun video game?

There are countless great games out there to choose from, but if you share my love of music, then these five are sure to provide a pleasant audiovisual escape.

Tetris Effect is a 2018 update of the classic tile-matching franchise, taking its name from the psychological phenomenon which was itself named after the original 1984 game. According to Wikipedia, “The Tetris effect occurs when people devote so much time and attention to an activity that it begins to pattern their thoughts, mental images, and dreams.” But there is no need to be concerned—the namesake effect is not harmful, and only a testament to the persisting fun of this simple game. Tetris Effect, the newest VR-ready version, promises to be especially entertaining for music lovers due to its amazing synchronized visuals and soundtrack.

It’s difficult to capture in words the simple pleasure of the Animal Crossing series. Digging holes, chopping down trees, paying debts—it all sounds so tedious. But the joy of the games comes from the immersive and comforting cartoon worlds full of friendly characters that demand nothing except your playtime and creativity. Animal Crossing: New Horizons is set on a tranquil island and features peaceful music; it should provide a perfect escape for people of all ages who are feeling cooped up inside.

For those with limitless imaginations, there is no better game to play right now than Dreams. Essentially, it allows players to create their own games and videos as well as experience the creations of other players from around the world. The game even comes with a full built-in music studio to record original soundtracks. Dreams is both a expansive social network and a spectacular window into our capacity for creativity.

An updated version of the game first released in 2011, Rocksmith 2014 allows players to plug in their own electric guitars to use as controllers. If you’re looking to play a fun video game and also learn how to play a new instrument at the same time, then this is the title for you. Guitar sold separately.

Journey is a simple but beautiful indie game. Solve puzzles on your way through deserts and ancient ruins, approaching a mountain peak that glows bright in the distant sky. Players can see each other as they make their own journeys through the game, lending the adventure a sense of pilgrimage. Journey was the first video game to earn a Grammy nomination for its soundtrack, and music lovers of all ages will listen with delight as they explore this indie gem’s mysterious world.