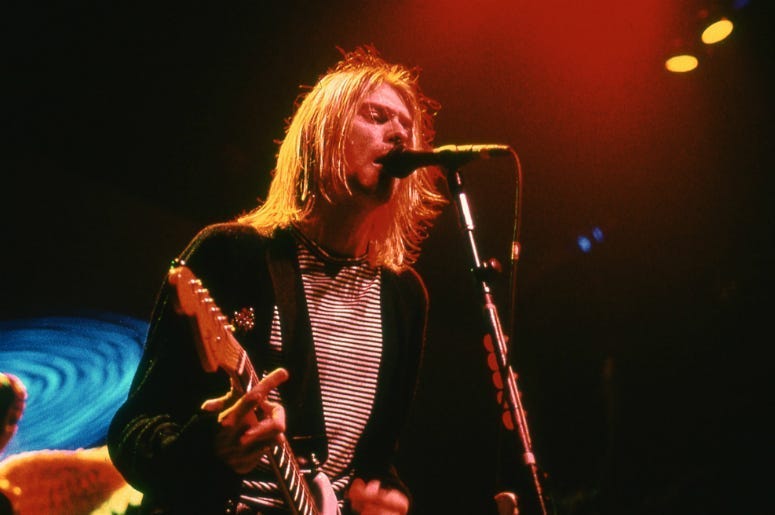 This year marks the 25th anniversary of Kurt Cobain’s untimely death, and his daughter Frances Bean Cobain is commemorating the anniversary with the release of an apparel collection inspired by her father’s artwork.

According to Rolling Stone, the “Kurt Was Here” collection will feature “…t-shirts, sweatshirts, and hoodies adorned with Cobain’s sketches, paintings, and hand-written notes. The collection is a partnership between The End of Music, LLC (the business arm of Cobain’s estate) and Live Nation Merchandise, and launches today at Barneys, U.K. department store Selfridges, and online at KurtCobainShop.com. The collection features more than 50 pieces in total, available in unisex sizing and styling. According to Live Nation, the designs were all taken directly from Cobain’s original artwork and have not been edited or re-sized on the garments.”

Reports have circulated of t-shirts from the collection selling for as high as $113 at Barneys. You can view the merch at https://kurtcobainshop.com/.