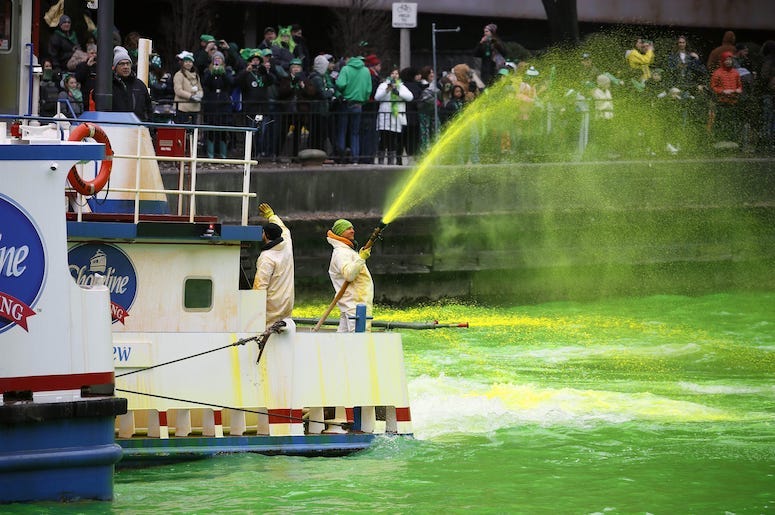 There are places on our planet that have a distinctive musical geography. It is not topography that can be mapped. It is a sonic landscape generated by string and membrane and wood and flesh. It makes the needles on the meters and the peak indicator lights flick and blink, but at it's core, it is a location that can only be visited by listening. The Emerald Isle is such a place.  It is a world filled with legends of saints and sinners, Celtic magic, poets and the haunting sound of the tin whistle. It is Ireland and every Day of Saint Patrick time we pay tribute to the wonderful voices and musicians who wear the green on WXRT's Friday Feature. Here's a shortlist to put the wind at our backs:

The Chieftains are one of Ireland's finest musical groups. All are virtuoso players and they have championed the Celtic nation's musical spirit for many years. This lovely aire, famously included in Stanley Kubrick's movie Barry Lyndon, is a number about the primary source of Ireland's power:

One of Irelands' greatest modern struggles involved a terrible battle between the Roman Catholics and Protestants and England. It has been (mostly) quiet lately, perhaps because of stunning songs like this one from the Cranberries:

Another one about "The Troubles" as they were refered to in classic Irish understatement, from Irish-American sisters the Roches:

Van the Man, the Belfast Cowboy, Van Morrison, one of the stellar voices from Ireland teaming up with Richard Manuel for this traditional lullabye:

The Mike Douglas show featured some astounding musical guests back in the 70's, including John and Yoko who were co-hosts for a whole week! The situation in Ireland did not escape their notice and was addressed in this scathing number:

Another Beatle contibuted a slightly more diplomatic take on the situation:

Let's close with this lush 80's track that perfectly conjures up the mystical force that defines the music of Ireland from Clannad, featuring the haunting vocals of Ciaran Brennan and Bono: