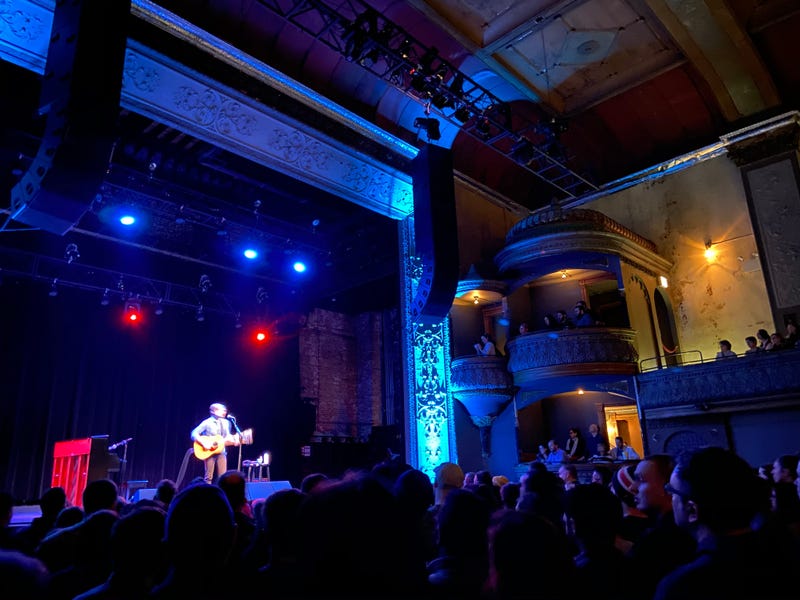 Sometimes it takes a solo show to feel the full impact of a songwriter’s lyricism. Even for Benjamin Gibbard, one of the clearest and most lauded contemporary singer-songwriters, allowing attendees to almost fully devote their auditory abilities to his songwriting added depth to tunes that have already influenced listeners for several years.

Whether with Death Cab for Cutie, The Postal Service, or the innumerable additional projects that Gibbard has contributed to, the 43-year-old’s songs situate listeners within the detailed parameters his characters exist in, as they adopt emotions stemming from highly specific situations that they might not have even experienced before. That is what makes Gibbard’s art feel as personal as it is timeless.

Here are a few intricate tracks from throughout Gibbard’s evocative career that he featured at his 93XRT set on Saturday.

After Gibbard concluded “Black Sun” three songs into his set, he dipped into 2005’s Transatlanticism, an album Death Cab for Cutie surprisingly performed in full for Chicagoans at the Auditorium Theatre in 2018. “Title and Registration” is wittingly observant, pointing out how glove compartments rarely contain their namesake. As the track trickles forward, Gibbard wonders why a former relationship expired. Altogether, listeners are reminded of the inconsistencies of daily activities alongside resurfaced regret.

The second track off of 2011’s Codes and Keys was performed nearly halfway through Gibbard’s concert. “Codes and Keys” features fearful lyrics, which were spotlighted more significantly as Gibbard delivered the song solely on piano, sans string accompaniment.

A devastating tale of impending demise, “Grapevine Fires” was one of the most moving moments of Gibbard’s set. Sprinkling memories of optimistic intimacy between an enlarging fire, Gibbard’s decision to include this track out of Death Cab for Cutie’s wide discographly was warmly welcomed.