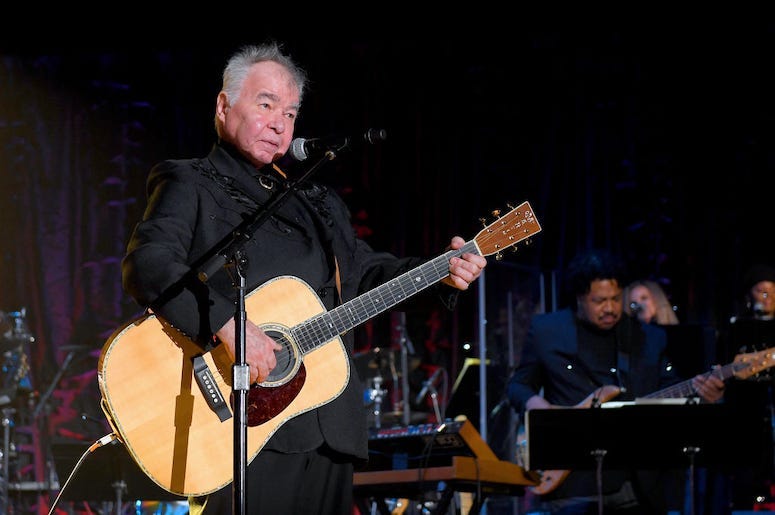 His first album was a stunner. A songwriter at the age of 25 who was writing winsome and clever songs that showed the wisdom of the ages.

The album starts with a joke.

If you see me tonight with an illegal smile it don’t cost very much but it lasts a long while Won't you please tell the man I didn't kill anyone
No I'm just tryin' to have me some fun.

Taken at face value. It’s a novelty song for the children of the 60’s. but also a song written at a time when pot possession could put you in jail for a long time.

Maybe that’s why the third song on the album sneaks up on you a little bit. It was a knife to the gut.

A ballad called "Hello in There." It’s a song about the desolation of old age

So if you're walking down the street sometime
And spot some hollow ancient eyes
Please don't just pass 'em by and stare
As if you didn't care, say, "Hello in there, hello."

He sang that song last summer at Ravinia and if there was a dry eye in the house I didn’t see it.

Along with Steve Goodman, John Prine was one of the guiding lights of Chicago’s Old Town folk music scene in the 60’s.

Nicknamed the Maywood Mailman for an early profession, John Prine moved to Nashville, but every return to Chicago was a homecoming. If you’re a city that nurtures the career of a songwriter like John Prine, you never let him go.

Now we will all say his music lives on. And it does. As an abiding comfort. As an inspiration. But as I sat listening to Tree of Forgiveness, his last album, what came to mind was all the stories we’ll miss, the wry observations that introduced these songs in concert.

His first album was a stunner, but his talents remained undiminished for about half a century. A legacy of lines we’ll repeat to each other as long as there is language.

John Prine, a songwriter of the greatest gifts, a man with so pleasing and affable manner,

The last song on his last album was like many of our favorite John Prine songs. Funny and poignant. The song is called "When I Get To Heaven."

When I get to heaven,
I'm gonna shake God's hand
Thank him for more blessings than one man can stand
Then I'm gonna get a guitar
And start a rock-n-roll band
Check into a swell hotel
Ain't the afterlife grand?

Leave it to Prine to reassure us that he’s in a better place.

John Prine is the singer we need now.

May he rest in peace.