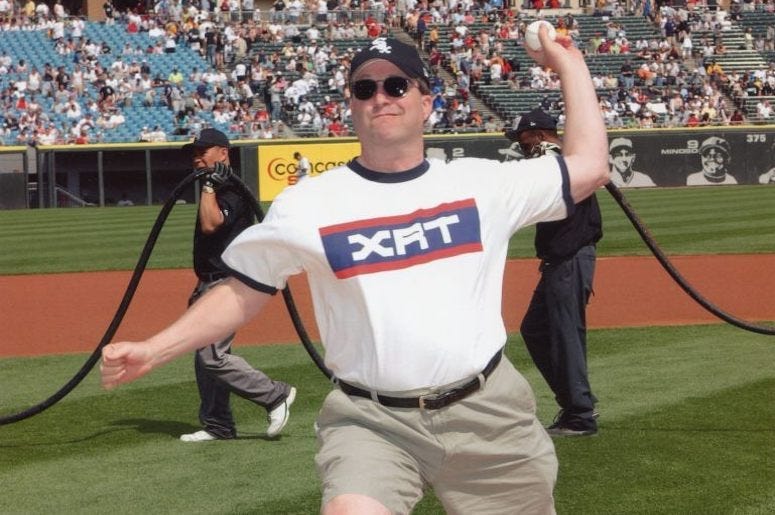 It's International Left-hander's Day. Who's your favorite lefty? Besides me.

From the torn and frayed pages of Lin’s Bin

Are lefties really weird? Are you talking about the segment of our population that has been vexed by the machines and factories that were constructed for righties? Are you talking about a world tilted to the right? The scissors, the can-openers, the measuring cups that mock the lefty’s attempt to use them? Yes. You’ve touched a chord. A chord that would have been played by the greatest rock guitarist of all time.

Being left-handed is a cross I bear. When I was in high school, All the desks were those wrap around chair-desk combos designed for righties. I even protested for lefty rights, but that was during the time when 4 students were shot to death at Kent State and Bobby Seale was being bound and gagged in a courtroom so my pleas for lefty rights were seen for what they were, trivial.

But consider the language in that phrase. Lefty rights. The word right is the opposite of wrong. And left? The word gauche is French for left, but in both French and English, it also means awkward, clumsy. In Italian, the word for left is sinistra from the same Latin root that gives us sinister. Perverse. Touched by the hand of Satan.

There are still people alive whose parochial school teachers would rap their left hand with a ruler if they attempted to write with it.

In some cultures you cannot eat with your left hand. You don’t wanna know why because you already know why.

How does this worldwide minority combat these prejudices?

You stand over your ball on the first tee and someone says. Hey, you’re standing on the wrong side of the ball. Hilarious.

When I was just a kid, I almost came to blows with my brother David arguing over who made better baseball players. Lefties or righties.

I got Babe Ruth, Ty Cobb, Ted Williams. I got the all-time home run leader and batting leader.

But all these years later, the casual question erupts once more.

That's not true. No one ever called Einstein crazy.

Do you mean weird like Michelangelo and Da Vinci?

Chris McManus wrote in Scientific American that “Left-handers’ brains are structured differently from right-handers’ in ways that can allow them to process language, spatial relations and emotions in more diverse and potentially creative ways.”

Put that in your right-handed ladle and sip it.

So you’re thinking what’s the big deal? Are lefties gonna take over the world?

Well, with Alexander the Great, Julius Caesar, and Napolean we already have.

Lefties cut across the entire population of the world. Black and white, Gentile and Jew, Republican and Democrat. Cub fan. Sox fan. 10% of us are left-handed. Freaks of nature. Southpaws.

Lefties unite. You have nothing to lose but the ink smudges on the side of your hand.