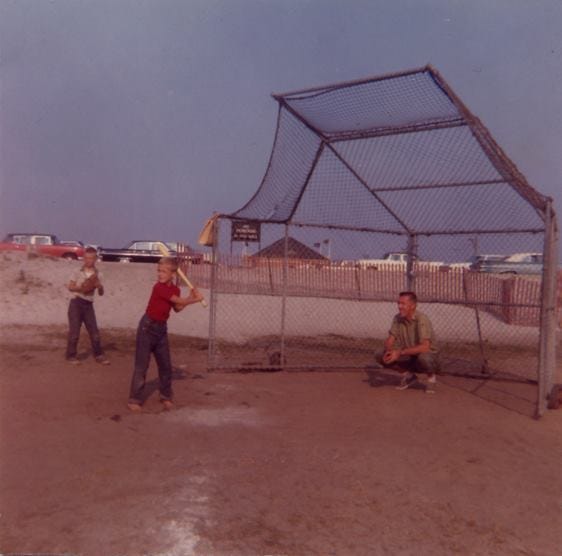 What is the purest moment of joy you remember?

Your first born in the delivery room? Surely, there is joy, there is mystical awe, but there is also pain and worry and what’s wrong with the twist in his right foot.

And first loves. Was that first kiss pure joy? It was the kind of joy where a worn out metaphor like a skipping heart makes sense.

Purest moment of joy? Yes. I do remember.

I was running. In my memory I was always running. Laced up white Converse all-star low tops. Running home from a full day with childhood friends. I was running because I was pretending to chase down the great Olympian sprinter and Dallas Cowboy receiver Bob Hayes.

He was the fastest human, but I could catch him.

I was running because a single had just dropped in front of the center fielder and I was rounding third. Running past the attached townhouses of my youth in their mock tudor modesty. Slivers of homes with walls so thin we could hear Paul Cardile practicing classical piano on one side and neighbors on both sides could hear the clashes between brothers who shared a room with bunk beds. Our family was many things but quiet was not one of them.

That feeling lodged near my heart was thrilling. It was a kind of joy that childhood serves up without warning. The kind of joy without reference.

The feeling might have been enhanced by a good day at the elementary school playing 12 inch softball on an asphalt surface where hitting to right field was forbidden because the fence was too short. As a lefty I was forced to poke the ball the other way over the shortstop’s head and when the shortstop wised up and moved to the edge of the outfield, I’d just him a ground ball and know he’d never throw me out.

But this joy was not cause and effect. Surely good things had happened that summer day. The jingle bells of the ice cream man would have interrupted the game mid-afternoon and at first bell everyone would fling their gloves in the air and leave their positions on the field and race to be the first in line for a creamsicle or the very adult toasted almond ice cream bar on stick that you could chew long after the taste had been sucked out of the wood.

These were not the days of young love and the dizzy confusion of seeing Lisa and Margaret walk by. Margaret with her bite plate leaving a fetching single silver bar across her front teeth and Lisa, whatever happened to Lisa, with her black hair and olive skin and unmentionable perfections. That would all come later with emotional complications that promised joy and misery in equal measure and none of the joy that comes with purity.

Maybe there were baseball cards we picked up earlier in the day. Stuffed in the back pockets of our cut- off jeans, the official uniform of our baseball games every summer. A Carl Yastremski, an angry looking Vada Pinson, an Adolpho Phillips in a five pack.

I was running. Running with the impossible resilience of youth, sizing up the six brick steps to our walkway. Sizing up the possibilities like a soviet high jumper. If I did 4 steps on first leap would my momentum allow the easier two step without pausing? There was joy in coming home. And the first hint of dinner’s aroma when I opened the door. But that joy, that pure joy was something else.  I was running and filled with joy because it would be years before time caught up with me.