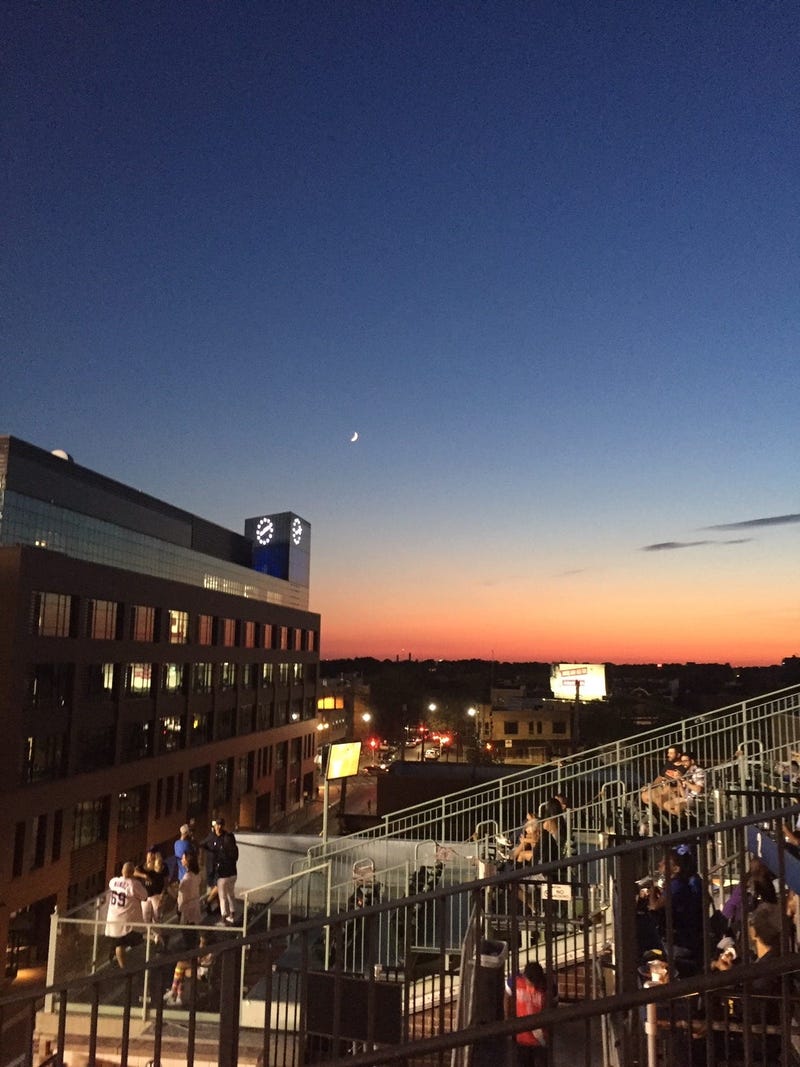 Lin, where ya been?

I’ve been here. I’ve been there.

I’ve been asleep and I’ve been awake and sometimes when my phone alarm wakes me with a song by Emmylou Harris, I don’t know where I am.

Backyards and back streets.

I’ve walked thru the plywood corridors of lost commerce.

I photographed the magnolia trees in Spring which seems so long ago.

Mostly I’ve been around.

Traveling doesn’t come easy when a ride to a nearby state means a two week term inside your home.

I’ve gone home on lake shore drive for no other reason than to see people out of doors.

I’ve braved the one way grocery aisles with cheerful shoppers pushing their grocery carts the wrong way. And I haven’t said a word.

There has been pizza. More pizza than ever before. Delivered. Picked up. And on one special night crafted in a friend’s pizza oven by the garage.

I’ve submitted to the stunted baseball season and devoured innings like a veteran pitcher. Because if the Sox and the Cubs are on a diamond then everything is not gone.

I’ve been breathing the steam of simmering chicken stock in a tiny kitchen.

And when my grass turned to hay when there was no rain, I bought a new sprinkler and when I didn’t like the way it worked, I bought another sprinkler.

It’s been a season of untold excitements.

I’ve eaten a steak while watching the Chicago River reflect the rippled lights of an uncertain city.

And once after a great summer storm, I pulled tree limbs off our crushed car on the northwest side of Chicago.

I’ve been to the body shop.

I’ve been to one funeral, but it was the kind of funeral that will outlast the memory of many summers to come.

My head in the clouds my feet on the pavement.

Living in the future more than the past.

I’ve been here. I’ve been there.

Hidden by masks. Known by my laugh.

I’ve been right here. Next to you. A voice in a box waiting for Alexa to release me. Waiting for circuits and transmissions and the conductivity of the ether to unchain me and allow me to build a fire in your imagination to keep us warm. I am wedged in the crevices of your mind. Probing the unlit portals of your dreams. Guiding your mood on the steering wheel. Letting the voices we trust with our favorite melodies elevate our days. I am in your head between your ears, drifting in and out like a jet overhead bound for O’Hare.

I’m an old friend who comes to visit with barely an invitation. I’ve been so close so many days,

straining against all resistance to go somewhere soon.