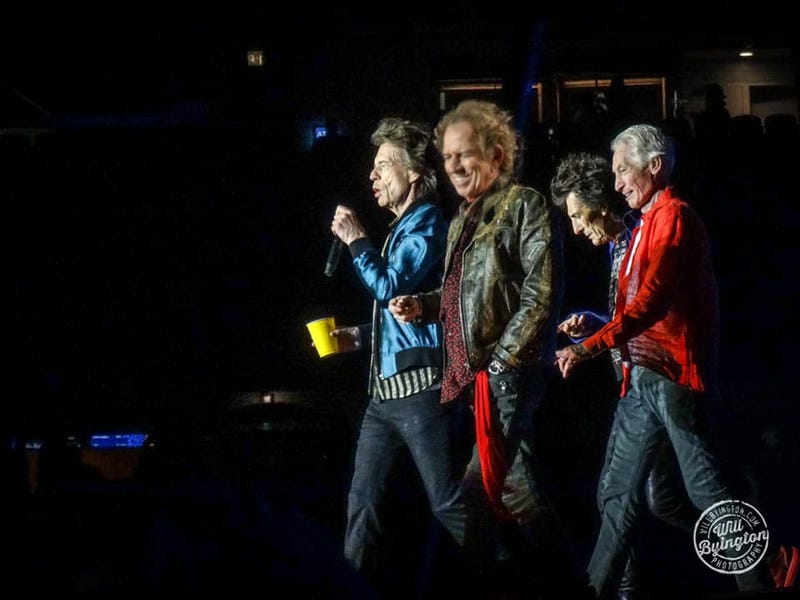 Photo credit (Photo by Will Byington)
By Lin Brehmer 93XRT

Geoff Kehoe asks Lin's Bin - Keith or Mick? Where do you land?

Why do we insist on dividing the indivisible?

The head and the heart.

Why tear asunder what should only be one?

The song credits target them as separate entities. Jagger-Richards.

But when we listen to The Rolling Stones, when we find ourselves with 60,000 other fans, do we even consider Jagger without Richards?

To be sure they have parted and recorded.

Keith Richards happy to stay down and dirty

Steering clear of heaven. A hoarse laugh in the face of death

As another cigarette smolders on the head of his guitar.

Wielding a guitar like a sabre. Riffs that cut to the bone.

But our attention is quickly kidnapped by the singer.

He claps his hands by his cheek like a dancer on a Grecian urn.

He is Puck as a full grown man. Casting spells with splayed fingers.

Singing of Devils and the persuasions of the Demon Life.

A frontman. A showman. A lead singer to lead them all.

An energy source. A firefly.

As artists they have learned the hard truth.

They are weaker apart.

They are stronger together.

A fire sign and a fire sign. Fire on fire. Their communion forged in the fortunes of the stars.

Their futures bound to the bounty of the blues.

They are meant to be together. Even when the creative climate has swept them apart.

I fell for the Beatles on a winter night when I was ten. I was called to a rock opera when I was 15, but it wasn’t until I had become a young man that The Stones took me.

They took me at a time when I felt the darkness come too close.

I needed the hand of fate to pick me up and knock me down before these songs became the triggers they are today. Just a shot away.

Mick and Keith. They sang of love and friendship, but more than most bands of turbulent times, they sang of danger and ruin.

And here they are. The twilight twins. A tour without filters.

A band with no peers.

And we are asked to choose. Mick or Keith?

Mick Jagger cuts across a stage like a clipper ship under full sail.

Mick steered the band when Keith was adrift.

Keith Richards has become the promise of something that will never die.

An immortal who is more fragile than the gods.

In this rock and roll galaxy, they are double stars, separate but fiery spheres locked in an eternal dance. And like the binary stars of the milky way, they are seen from a distance as a single pulse of brilliance.

Mick or Keith? Where do you land?

I land just about a moonlight mile on down the road.