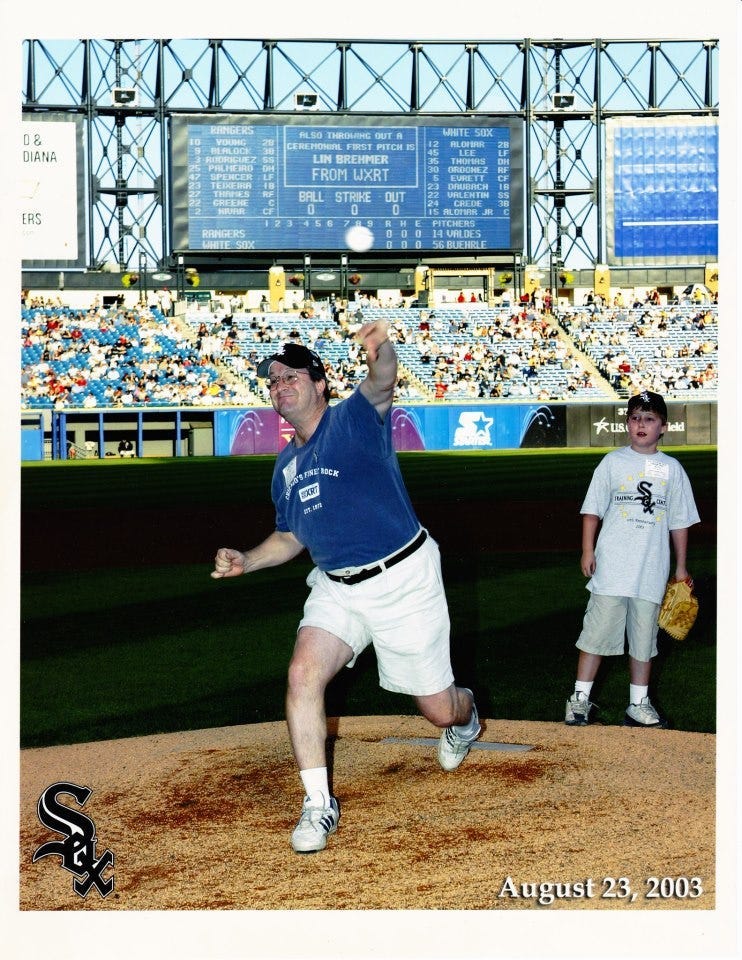 Today is Opening Day at Guaranteed Rate Field for The Chicago White Sox.

Some of the most fun I've had as a baseball team was watching the 2005 White Sox. In October of 2005, a loyal listener wrote to me as The White Sox were poised to face The Red Sox in game one of the American League Division Series.

"We Sox fans, would really like an Ode to the Whitesox. Can you work one up? We need all the help we can get."

This was my ode.

Joe, I took your question to heart when I boarded the Redline at Granville yesterday and rode the rails far south into the heart of Bridgeport.

Past Addison and Belmont.  Through North and Clybourn.  The downtown stops where the train grew crowded.

Do you measure frustration in years or do you measure it on the faces of Sox fans holding fingers in the air.

In the dinosaur swamp heat of October 4th 2005, game one waits for the Bridgeport regulars, the Oak Lawn weekenders, the curious and the connected, grandfathers who remember the sleeveless Ted Kluzewski, and children who will remember the day they missed a day of school.

And here they come.  Some with the deliberate stagger of a man called Pudge.

Some with the Sumo stride of Luzinski

They walk with a directness born of a certain patience, an exuberance tempered by history.

And the t-shirts sing the song.

Look to the impossibly distant corners of the ballpark for a promise fulfilled.

One by one the White Sox take their positions. Each player with a chip on his shoulder as massive and jagged as an iceberg.

How did this team become the over-looked?

Taken for granted when they won.

Buried when they lost.

The chokers who never choked.

And this is no Field of Dreams,

No cornfield in Iowa, no playground for ghosts and solo piano is not this team’s soundtrack.

The White Sox have not come for poetry or pastoral melodies because as the Boston Red Sox peered out of the dugout they heard a death knell.

Call it White Sox Park where dreams are only as good as the pitchers arms.

Where destiny this one afternoon sat down to catch its breath.

Where the unlikely did the unthinkable.

And 14 to 2 deserves an ode.   So pay attention ladies and gentleman.

Put aside the bitterness of generations, the judgement of geography.

Here is the olive branch. This is the sacred offering.  This is the live sacrifice. This is for Chicago baseball.  Like the t-shirts say.

Is this heaven?  No it’s the South Side.