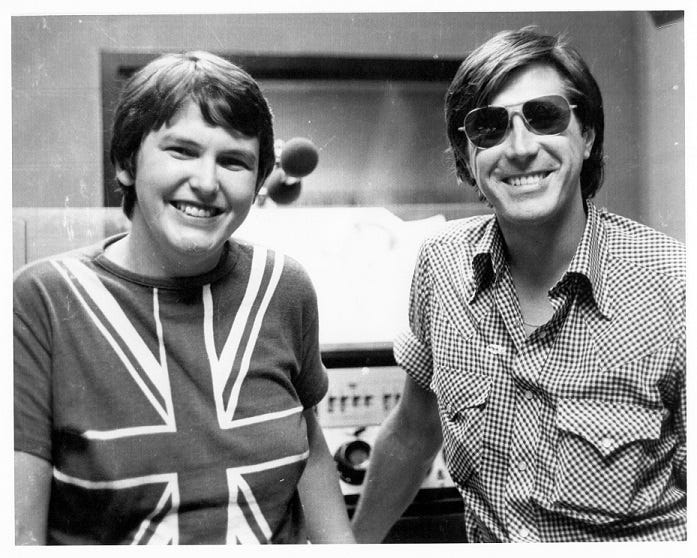 No. I don’t understand how they make their decisions either. But this year I find myself in whole-hearted agreement on several new inductees. Here are some artists you will be enjoying on this week's Friday Feature on XRT: Rock and Roll Hall of Fame. Class of 2019.

Roxy Music- A band so far ahead of its time that their delayed entrance into the rock and roll hall of fame makes some kind of sense. In 1972, I put the needle down on side one, cut one and my head exploded. The lead singer sounded demented. The lead guitarist strangled his frets as if he wouldn’t be using the guitar again (Phil Manzanera). An unrelenting solo for the ages. Andy MacKay’s saxophone is screaming over the whole thing and whoever was playing the keyboards was not of this world (Brian Eno).

Among the greatest album openings of all time. If I were in charge and I’m not, I would stick them in the damn Hall for this song. But there was much more to come. Some of it ethereal and seductive. Some of it strange. For Your Pleasure featured a song called “In Every Dream Home a Heartache.” An eerie song about a man who seems be falling in love with his inflatable doll.

The Cure- Speaking of the 70's, The Cure dropped into our world on gossamer spider threads around 1980 when a repackaged debut album appeared on our shores. "Boys Don't Cry" and "Jumping Somebody Else's Train" did not really prepare the band's new fans for their dark night of the soul, follow up albums that I enjoyed playing at Halloween parties. Moody, desperate and a little scary.Their showcase in the fall of 1984 at the old Bismark Theater in downtown Chicago was a harbinger of greatness to come. Robert Smith was an entrancing front man with mighty fine guitar skills. Their landmark Head on the Door album in 1985 became one of 93XRT's all-time favorite albums.

Radiohead- Simply one of the most inventive and creative rock bands we've ever heard. Some of them will even show up for the induction ceremony. And the band whose Hutchinson Field concert in 2001 paved the way for Grant Park being seen as a viable site for the reborn Lollapalooza. How does one introduce Radiohead to the uninitiated? I would choose this frenetic masterpiece.

Stevie Nicks- She has one of the most famous voices in rock history. She's already in the Hall for her work with Fleetwood Mac. And her first two solo albums went multi-platinum. She has a knack for putting a spell on us.

The Zombies- There is an unwritten rule that if you had two number one singles in the 1960's and one of them is covered by Santana, you will eventually wind up in the Rock and Roll Hall of Fame. In 1968 this was one sexy tune.

and looking forward, how about someone over at the Hall take a serious listen to the musical contributions of Todd Rundgren as a solo artist, as the front man for The Nazz and Utopia, and as one of rock's pre-eminent producers.