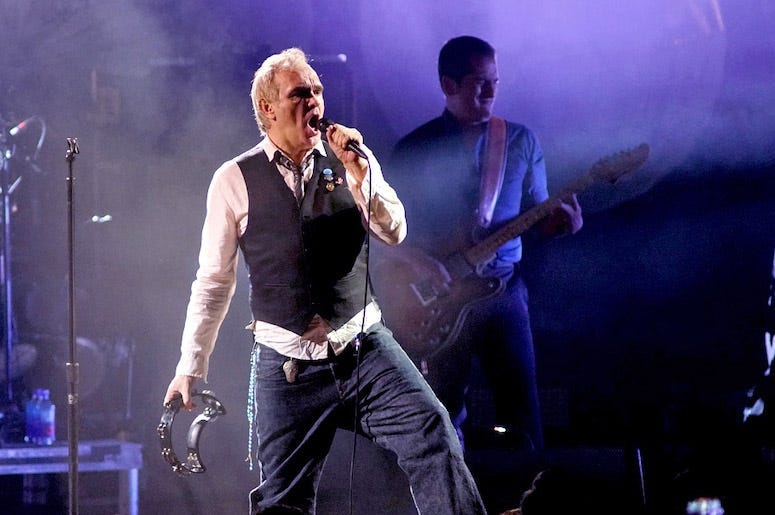 Everyone has to have a side hustle these days. For Morrissey, that includes selling other artists records.

Seems innocent right? Who hasn't taken some old records to a record store to try and see what they're worth or listed them online to make a few extra bucks.

Morrissey has decided to do the same, but instead of doing it anonymously online, he's doing it at his merch table at his concerts. As if that's not enough, he's decided to autograph the albums.

The albums Morrissey is selling include Iggy & the Stooges’ Raw Power, Lou Reed’s Transformer, David Bowie’s Aladdin Sane, and Patti Smith’s Horses. Each autograph is followed by the caption "loves _____" with the blank spot representing the artist whose album Morrissey signed.

While this is pretty much stepping right up to the legal line without crossing it, Morrissey decided to toss all ethics off the window by offering signed copies of other artists records for $300. $300!

Check out a photo of below.

I think the original post got deleted but here’s the picture. The absolute hubris of charging $300 for a Bowie record signed by Morrissey is breathtaking. pic.twitter.com/bruSpDRSFY