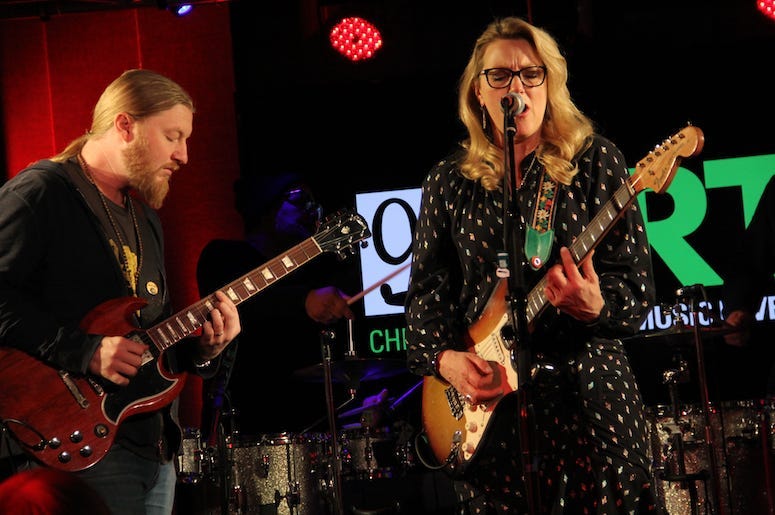 Tedeschi Trucks Band embarked on their fifth annual winter residency at the Chicago Theatre with their second run of shows this past weekend. By this time, the group has gained familiarity with the city and all it has to offer.

After wrapping up their final show Saturday night, Derek Trucks and Susan Tedeschi decided to keep the night of music rolling as the traveled a few blocks South to Buddy Guy's Legends.

Guy is currently in the midst of his own residency at his blues club and decided to treat the audience to a surprise by having Tedeschi and Trucks join him on stage.

The duo make their appearance beginning around the 58 minute mark with Tedeschi first entering to share vocals with Guy and Trucks proceeding to enter in with his guitar a few minutes later.

Watch the performance below.

Tedeschi Trucks Band also broke form of their traditional setup by going acoustic to start off their second set on Saturday night. Check out their performance of “Strengthen What Remains” and “Keep Your Lamp Trimmed And Burning” below.