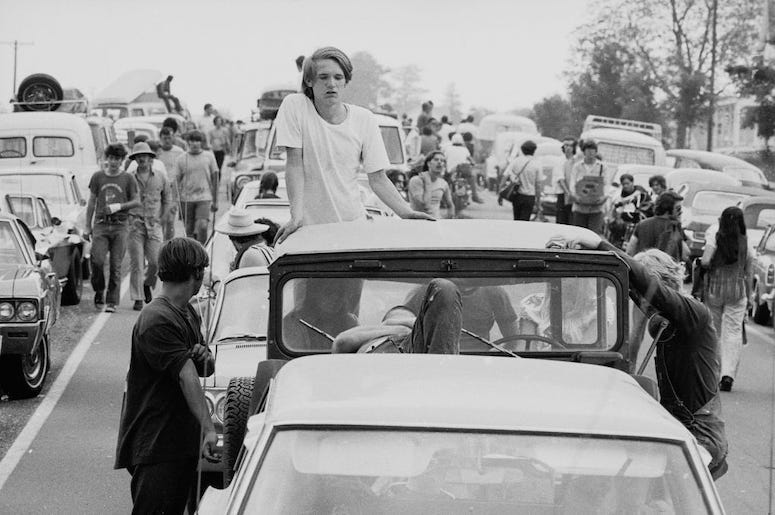 It's a long way back if you want to rock and roll like it's 1969 but we made it without incident and even celebrated with a dazzling Joshua Tree light show at the entrace to the wormhole. (It cost us a small fortune in exotic matter, but it was a trade-out.) Like every year, a lot of stuff happened. The Beatles played their last live show, Woodstock set the standard for outdoor festivals and Altamont took us in the opposite direction. Astronauts walked on the Moon and the Cubs went into the depths. I was a mostly reliable narrator, but I failed to backsell "Crimson and Clover" by Tommy James and the Shondells because the sun was in my eyes. It's on the list here:

"Trouble No More" by the Allman Brothers Band

"Crimson and Clover" by Tommy James and the Shondells

"Never Comes the Day" by the Moody Blues

"Runnin' Blue" by the Doors

"It's Your Thing" by the Isley Brothers

"Miodnight Rambler" by the Rolling Stones

"Up On Cripple Creek" by the Band

"Cowgirl in the Sand" by Neil Young

"Room To Move" by John Mayall

"Saint Stephen" by the Grateful Dead

"Tonight I'll Be Staying Here With You" by Bob Dylan

"Oh Darling" by the Beatles

"Thank You" by Led Zeppelin

"Undun" by the Guess Who

"Everyday People" by Sly and the Family Stone

"She Came In Through the Bathroom Window" by Joe Cocker

"Time Is Tight" by Booker T and the MGs