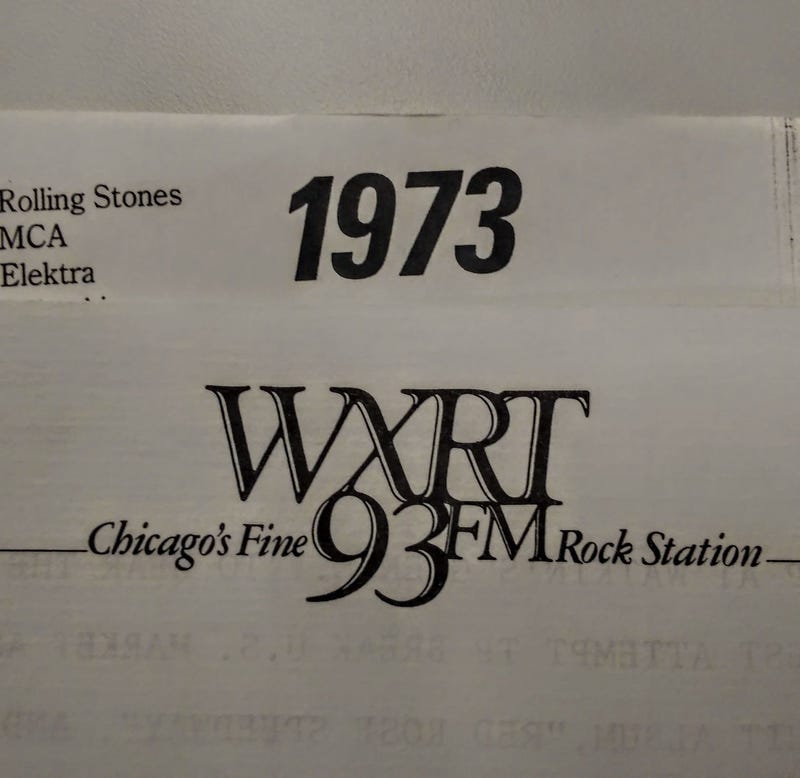 Leap Year Day proved a bit problematic in our attempt to return to 1977 due to unusual time stream currents but a detour through multiverse U5 did the trick and soon we were back in the year of the Sears Tower, Roe v. Wade and the end of the Vietnam War. The music was a sublime blend of new genres and variations on the tried and true and here's how it went down:

"I Shot the Sherriff" by Bob Marley and the Wailers

"Breath/On the Run" by Pink Floyd

"If You Want To Get To Heaven" by Ozark Mountain Daredevils

"The Joker" by Steve Miller Band

"Do the Strand" by Roxy Music

"Lover Reign O'er Me" by the Who

"Waiting For the Bus/Jesus Just Left Chicago" by ZZ Top

"Angie" by the Rolling Stones

"Stuck In the Middle With You" by Stealers Wheel

"The Ocean" by Led Zeppelin

"One Man's Ceiling Is Another Man's Floor" by Paul Simon

"Feelin" Stronger Every Day" by Chicago

"Spirit In the Night" by Bruce Springsteen

"Still...You Turn Me On" by Emerson, Lake and Palmer

"The Jean Genie" by David Bowie

"Fat Man In the Bathtub" by Little Feat

"Why Can't We Live Together" by Timmy Thomas

"Jessica" by the Allman Brothers Band