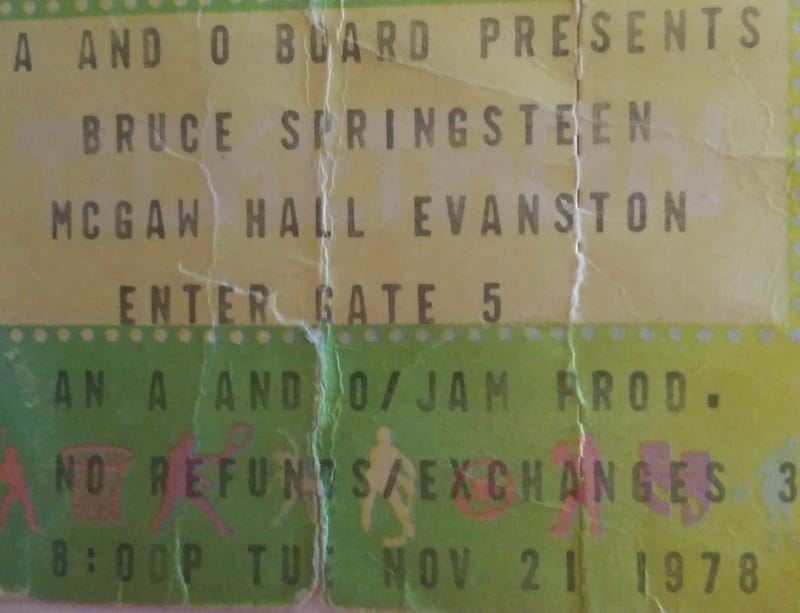 This week we revisited one of our favorite years: 1978. It was a time when the tectonic plates of punk and new wave were colliding; producing exciting new approaches from bands like Blondie, the Cars and Elvis Costello. Veteran combos like the Stones, the Who and the Grateful Dead took notice as well. Springsteen had a good year with a big show in Evanston and the number one album on the Listener Poll. He also wrote tunes for other singers that year. Lowell George and Little Feat worked with the Dead and Robert Palmer and Bob Weir of the Dead covered one of Little Feat's best songs. Mary Dixon broght us back up to date on the top Chicago news stories and we welcomed the first test tube baby, Space Invaders and Kobe Bryant. As always, we took care to leave the past exactly the way we found it. Here's the playlist:

"Bye Bye Love" by the Cars

"September" by Earth, Wind and Fire

"Shakedown Street" by the Grateful Dead

"You're Gonna Get What's Coming" by Robert Palmer

"Here At the Western World" by Steely Dan

"Because the Night" by Patti Smith Group

"Easy To Slip" by Bob Weir

"Listen To Her Heart" by Tom Petty and the Heartbreakers

"Straight On" by Heart

"New Song" by the Who

"My Life' by Billy Joel

"Take Me To the River" by Bryan Ferry

"Racing in the Streets" by Bruce Springsteen

"Born In the Fifties' by the Police

"Live Life" by the Kinks

"Surrender" (At Budokan) by Cheap Trick

"Just My Imagination" by the Rolling Stones

"Who Do You Love" by George Thorogood and the Destroyers

"Sultans of Swing" by Dire Straits

"Artists Only" by Talking Heads

"Is This Love" by Bob Marley