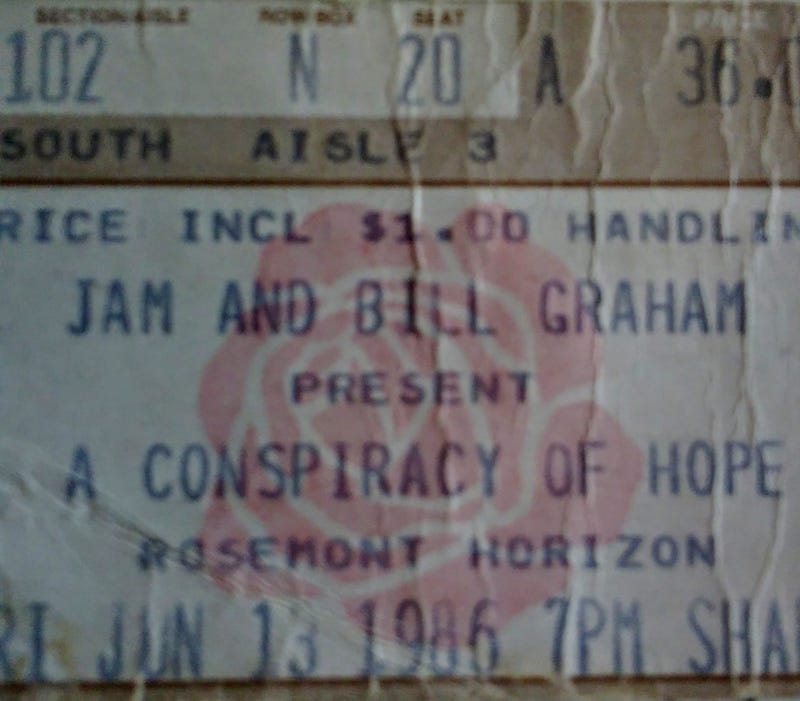 This week we returned to a wild year that included the Challenger disaster, Chernobyl's meltdown, the debut of Tom Wait's play at the Steppenwolf, the Conspiracy of Hope concerts at the Rosemont Horizon with U2 and Bodeans (plus special guest Robin Williams), and the return of Halley's Comet. Our trip back was smooth and consistent with previous expeditions, although the mass detector appears to need some recalibration. Chrono services have been notified. The tunes were a crazy quilt of double-version reggae, one hit wonders, modern blues and inspired collaborations and the Rock and Roll Obituary celebrated the dearly departed. Here's the playlist for 1986:

"My Baby" by the Pretenders

"Every Little Kiss" by Bruce Hornsby and the Range

"Right Next Door" by Robert Cray

"Keep Your Hands To Yourself" by George Satellites

"Futures So Bright, I gotta Wear Shades" by Timbuk 3

"I Just Died In Your Arms" by Cutting Crew

"You Can't Resist It" by Lyle Lovett

"One Hit (To the Body)" by the Rolling Stones

"In Your Eyes" by Peter Gabriel

"Miss You" by Eric Clapton

"Living In the Past" by Midge Ure

"Pretty In Pink" by Psychedelic Furs

"Your Love" by Outfield

"Love For Sale" by Talking Heads

"There Is a Light That Never Goes Out" by the Smiths

"Don't Dream It's Over" by Crowded House

"Wrap It Up" by Fabulous Thunderbirds