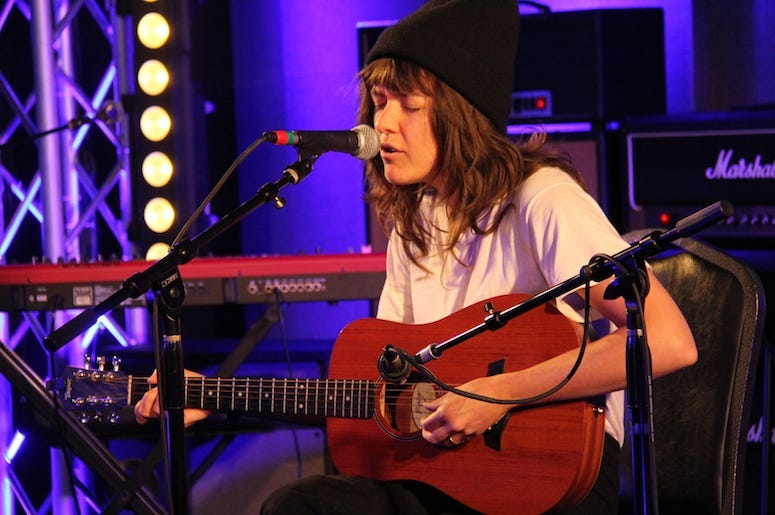 Song of the day! Anytime some old fart (maybe 20 years younger than you) tells you that music is no good these days and when they were young blah blah blah blah blah. Makes me hurt more than I usually do. Just answer two words. Courtney. Barnett. Then drop your mic and head for the door. Unless your friend wakes up from a deep sleep and says…..well play me one of her songs. Then drop your attitude and play ANY song……Maybe this one. Are You Looking After Yourself.

A parent to young adult dialogue. It's the conversation the characters in the Beatles' She's Leaving Home should have had before the daughter out of despair leaves home with a man from the motor trade. Some of Courtney's songs make you feel like you're listening in to a private conversation…..sometimes a chat she's having with herself in her head. Fascinating. She's from Australia. A country I have a great deal of affection for. Mainly because years ago I went to visit my cousin. He is still 18 years younger than me. Always has been. But I've always felt a deep affection for him. He's a wonderful man. He took me to Sydney for a few days. He was a pro basketball player so he's way taller than me….and I'm tall. He could hold a lot of beer in that frame, and I tried to keep up. It was never on an empty stomach. We ordered something at a German restaurant for the two of us. When they put a log in the middle of the table we should have known.

There was not enough room on the table for the platter of food, so it had to sit up higher than our table service. Lord have mercy. We didn't have access to a fridge and we were both taught to not waste food. We tried to wash it down with big steins of beer. We rolled back to the room we were sharing. Twin beds. Of course. Every night we'd talk till we passed out. That night the conversation was short. I remember saying good thing we're cousins from Ohio. Not Kentucky. Things could get messy. We both laughed till it hurt. No offense to my Kentucky friends. But you know we say stuff like that.

But the point of this? This story is sort of like a Courtney Barnett song. If you don't get what I mean, listen to her other stuff. You won't regret it.