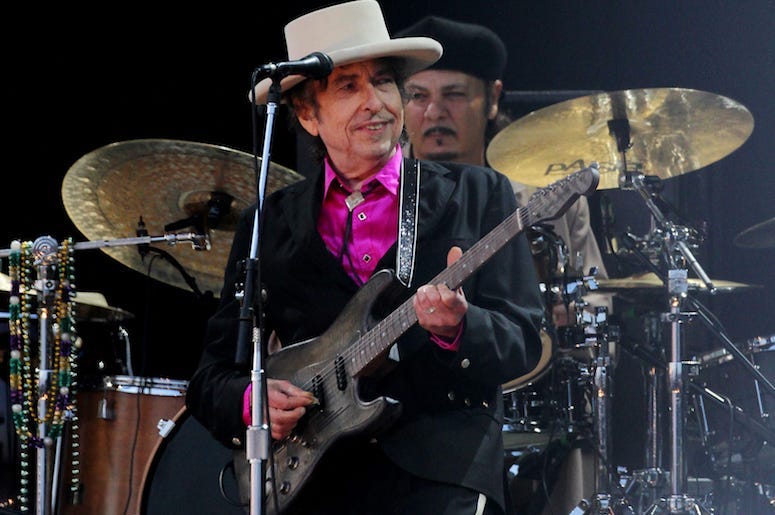 Bob Dylan rarely speaks to audiences during his shows. When he does step up to the mic to deliver a message, it becomes a significant occasion.

Dylan was playing a gig in Vienna, Austria when he noticed fans taking pictures while he was performing "Blowin' in the Wind."

“Take pictures or don’t take pictures,” he told the crowd. “We can either play or we can pose," he said after stepping backwards and nearly falling over guitar monitors.

Rolling Stone notes that Dylan has a "no photos" policy at his concerts, something not too uncommon these days. The only time fans would hear Dylan speak in concert would be when he introduced his band, but that's something he stopped doing a while ago.

Watch the incident below.