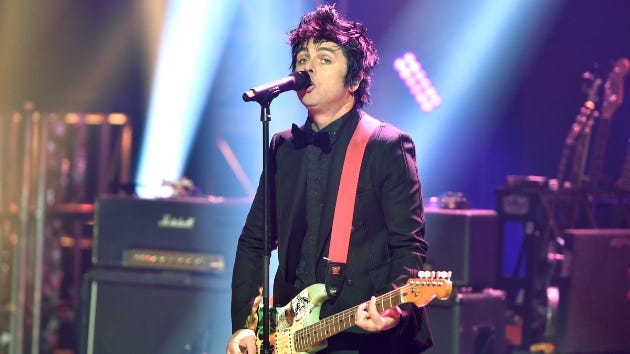 The Network, not to be confused with Green Day, has returned.

You can listen to the song and watch its accompanying video, which stars the band members -- who, we must stress a third time, do not also play in the band Green Day -- playing the electronic-tinged tune streaming now on YouTube.

To set the bit aside for a second, The Network, of course, does feature the members of Green Day. When the group released their debut album, Money Money 2020, in 2003, the members dramatically denied any relation to Green Day, and would even bash Green Day in press statements. Eventually, bassist Mike Dirnt confirmed that, yes, The Network is a Green Day side project.

Even still, Green Day is keeping the bit up with the release of the new song.

"We are excited to welcome @wearethenetwork to our esteemed roster," tweeted Green Day's label, Warner Records. "It's not every day you have the honor of signing @greenday's biggest nemesis."

The real Green Day released their latest album, Father of All..., earlier this year.