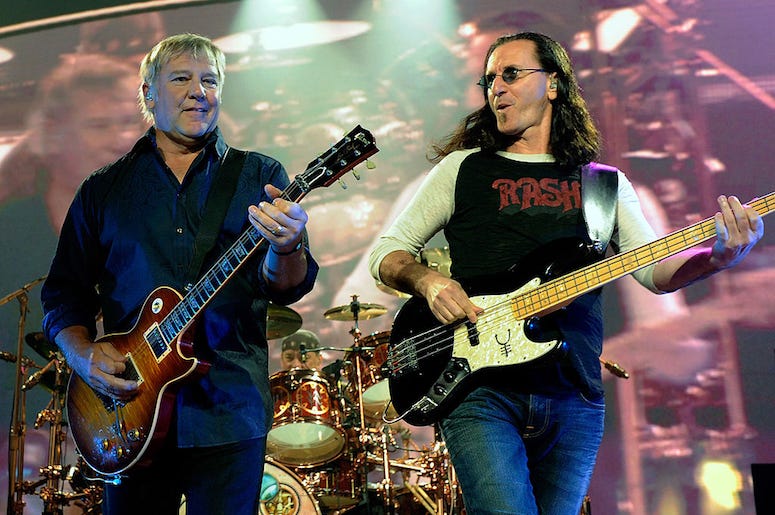 The common refrain of “quality over quantity” is applicable to many aspects of life. In music, there’s usually a sense of direction with artists adhering to the idea of creating something meaningful rather than filling some arbitrary number. However, quality and quantity can coexist perfectly well in the music world.

Many Rock artists have pushed boundaries creating compositions that go into double digits, but those that have broken the twenty minute barrier are few and far between.

Whether you’re looking for a lengthy dinner soundtrack, something to zone out to, or just want to listen to a few songs that seemingly never end, here are four epic rock songs that break the twenty minute mark. For this exercise, we’ll focus on studio recordings as artists like Phish, the Allman Brothers Band, and the Grateful Dead broke the twenty minute mark with regularity in their live recordings.

The song from the album of the same name is broken down into seven different sections. The first two sections “Overture” and “The Temples of Syrinx” are the most widely known with Rush often performing them back-to-back during concerts.

Although the composition clocks in at 26 minutes in total, it was split up into two different tracks when Pink Floyd included it on their 1975 album Wish You Were Here. Parts I-V serve as the opening track and were a staple of the band’s live performances in the years to come while parts VI-IX closed out the album.

Coming in at 23 minutes in length, the progressive rock legends divided the songs into seven sections utilizing multiple time signatures and key changes. The entire band was given songwriting credits on the track from Genesis’ 1972 record Foxtrot.

Inspired by Leo Tolstoy’s novel War and Peace, Yes composed a 22-minute long track that made up the entire first side of their 1974 album Relayer. Shortly after the release of the album, the closing section of the song was turned into a single titled “Soon.”