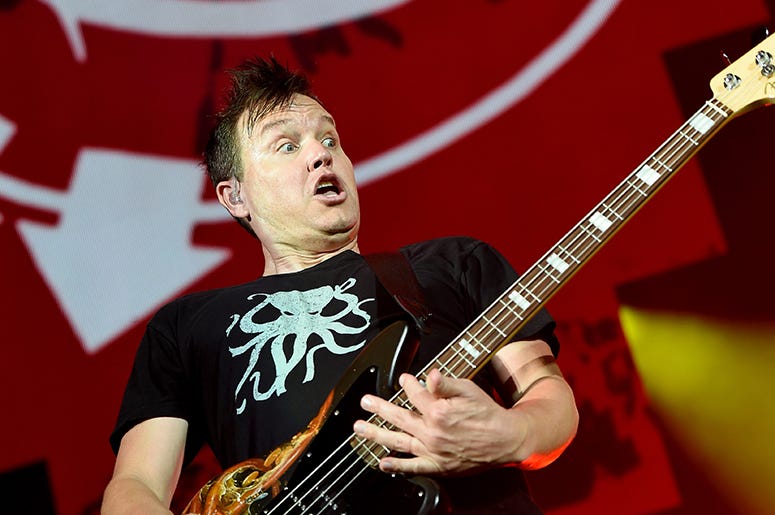 There are only so many notes; only so many chord progressions that can be played. Music is finite, but it's the style and the intensity that catches the ear. Saying 'hey, that guitar riff sounds like...' is a pointless effort.

Blink-182 bassist Mark Hoppus described this truth in the latest episode of Less Than Jake's Chris DeMakes' Chris DeMakes A Podcast, saying the band's massive hit "What's My Age Again?" came about as he was trying to learn a Green Day song.

"I was just writing a funny song," says Hoppus. "I’ll tell you what the very origin of the song was: There’s a Green Day song called 'J.A.R.' that’s on the 'Angus' soundtrack, and it starts off with this bass intro that’s really rad."

"I was messing around on the guitar trying to learn that and then I kind of messed up the progression and I played it incorrectly," he explained, "And then I was like, ‘That sounds kind of cool,’ and that was the basis for the opening riff of the song. It was me trying to learn 'J.A.R.' on guitar and messing it up and coming up with something that I liked that was different than that."

Hoppus also related a story about meeting Green Day singer Billie Joe Armstrong backstage in 2002 on the first night of their Pop Disaster Tour together. After gushing about, you guessed it, his love of the track "J.A.R." he says Billie Joe crushed his spirit saying something to the effect of, "'Yeah, that’s cool. Mike Dirnt wrote that one. That’s the only one of our songs that he wrote.’"

Hoppus was not aware of this at the time, which prompted him to reassure Armstrong. "I was like, ‘Oh, I love all your songs a lot.’" Awkward.

Take a listen to both songs above to hear the similarities for yourself, and check out the full podcast here. 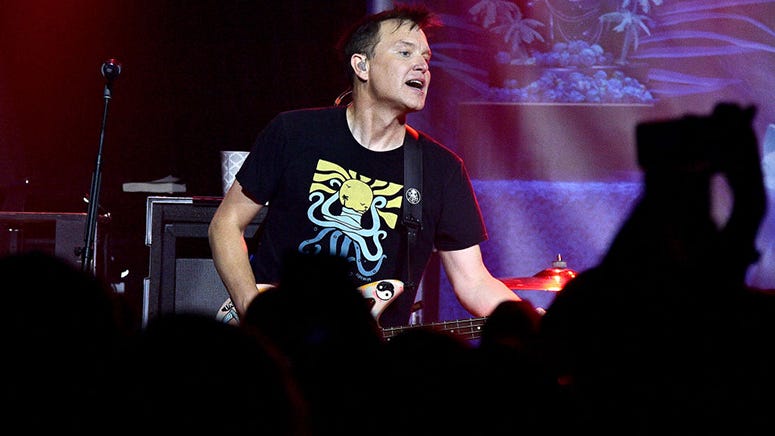