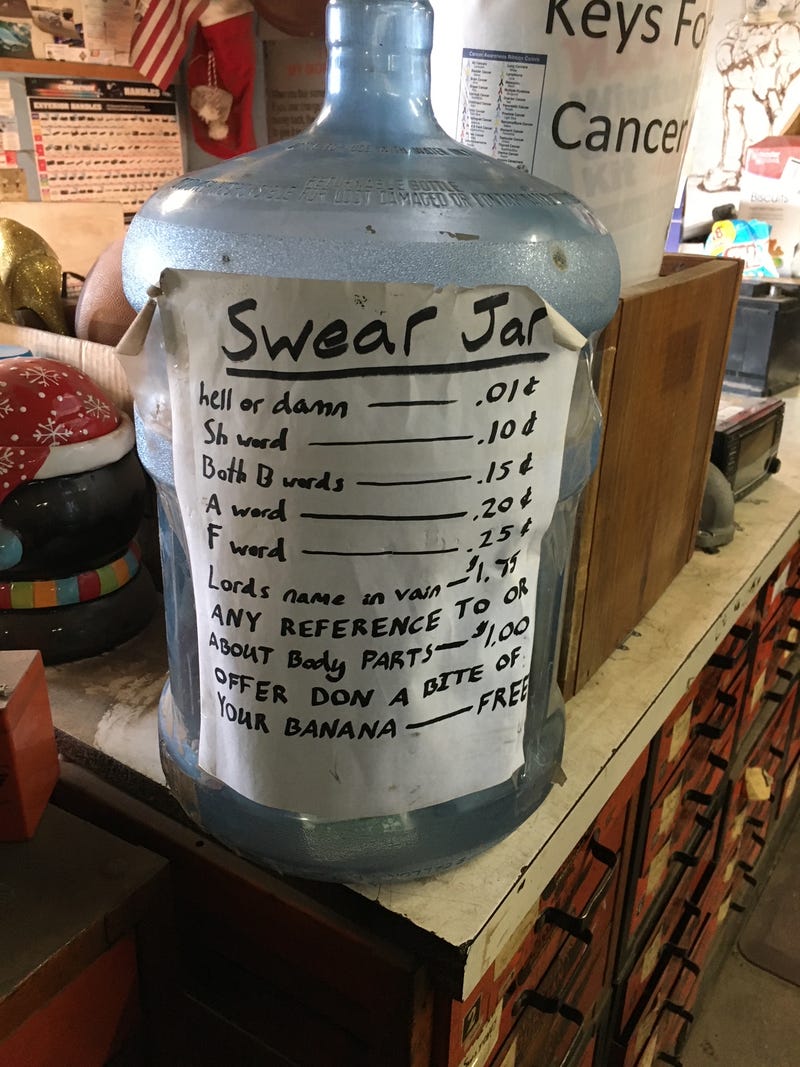 A “swear jar" set up in a Northwest Indiana business has netted a sweet donation to a homeless shelter. Photo credit Courtesy of Maureen Roeger
By Bernie Tafoya

CHICAGO (WBBM NEWSRADIO) -- A “swear jar" set up in a Northwest Indiana business has netted a sweet donation to a homeless shelter.

"Don said a word that offended me and I slammed the door and wouldn’t talk to anybody all day," Roeger said.

Roeger has worked at Archie’s Auto Recycling near Portage for 17 years.

"He started a swear jar, so that he could pay for his sins, I guess," she said.

There are other less costly fines, too.

"First, we just had a couple of bucks in there and like, what are we going to buy? We did talk about a George Foreman grill," she said. 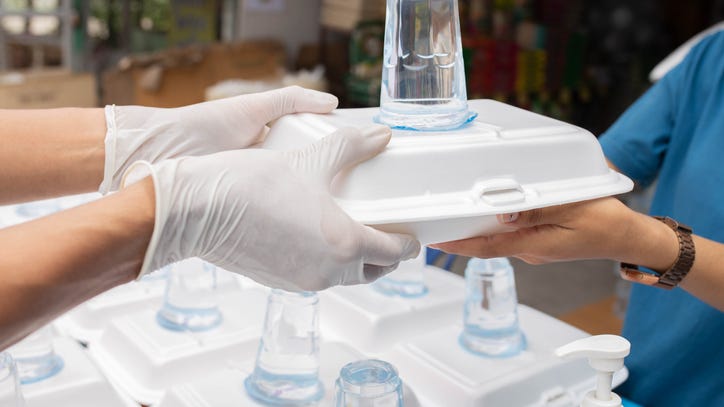 Instead, they donated it an "angel giving tree" and helped out needy families. The money has gone to charity every year, but this year was, by far, the most ever: $1,700.

Roeger said she took the money to Gabriel's Horn Homeless Shelter on Giving Tuesday. The past two years, the total amount that went to the shelter for women and children was $800.

Pavichevich hopes even more money will go in the jar next year.

"That’s a lot of swearing, but you know, we’re all behind," he said with a laugh, knowing he and others got away with much more swearing than they've paid for.

Not all of the money comes from workers.

"Then, we found the customers would see the sign and then just start saying curse words for fun and then putting money in there," Pavichevich said.

Sometimes, the business gives customers a choice when they're buying very inexpensive car parts: Pay the bill or donate the money to the swear jar.