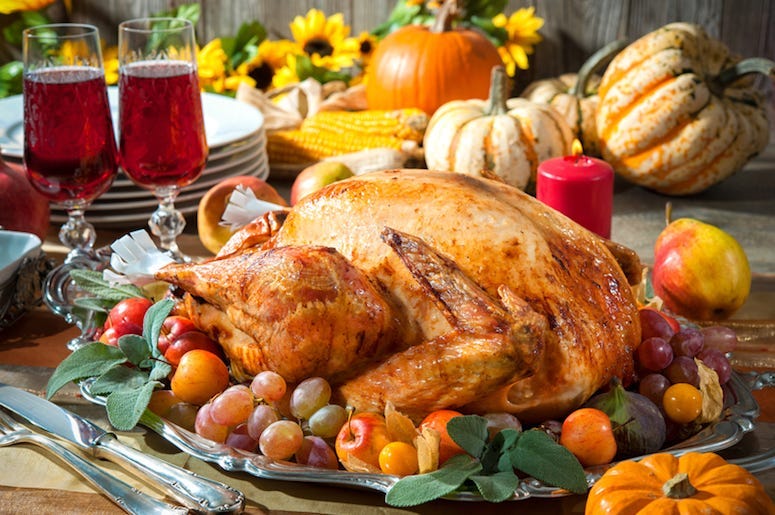 Thanksgiving is a time of many traditions. Families and friends gather to cook, carve and gobble up too much food, sending their guests home with bellies and Tupperware’s full. There is the Macy’s parade in the morning, football in the afternoon, much familial bickering and some reflection on the history of American colonization. Many families also observe their own personal traditions; mine, for example, goes for a walk in the woods every year to build up our appetites. And many families, including ours here at 93XRT, observe an annual tradition of playing Arlo Guthrie’s oddball, folksy classic “Alice’s Restaurant.”

But even if you listen every year, there may still be a lot about the eighteen-and-a-half-minute track that you haven’t heard. There’s a rich history behind the song, including Ozark colloquialisms, government conspiracies, and "multicolored rainbow roaches." 93XRT will be playing “Alice’s Restaurant” in its entirety this Thursday at noon and again at 8pm, but ahead of your own Thanksgiving dinner that can’t be beat, check out these five facts about “Alice’s Restaurant” that you might not know:

The full title of the song is not simply “Alice’s Restaurant,” but “Alice’s Restaurant Massacree.” A bit of a mouthful—no wonder “massacree” never made it into the chorus. Sure, you may be saying, but what is a massacree? As it turns out, "massacree" is an old colloquialism originating from the Ozark Mountains (a source of much great American folk music). According to the Encyclopedia of Southern Culture, the term is defined as “an event so wildly and improbably and baroquely messed up that the results are almost impossible to believe." I’d say this just about describes the events of “Alice’s Restaurant,” which brings us to the second fun fact about the song:

Yes, there was really was an Alice, and she really did own a restaurant, and live in a church—in fact, Arlo Guthrie later bought the church and turned it into the Guthrie Center, a nonprofit that hosts concerts and helps people with Huntington’s disease, an illness which Arlo’s late father Woody Guthrie suffered from. Not only did the events of the song actually happen to Arlo Guthrie­, but he wrote the song piece by piece as the saga unfolded.

“Because they couldn't find a dump open in Great Barrington, two youths threw a load of refuse down a Stockbridge hillside on Thanksgiving Day,” reported the local newspaper in 1965. Guthrie’s first draft of the chorus would be unfamiliar to fans today: “You can hide from Obanhein at Alice's restaurant." This alternate tune references the police officer nicknamed “Officer Obie” in the song we know. Unbelievably, the real officer William Obanhein played himself in the 1969 movie adaptation, as did the real blind judge, James Hannon.

3. Arlo Never Planned to Record It

Although it seems a timeless classic, “Alice’s Restaurant” was written over a year before any recording would become widely available—Guthrie doubted such a long song would have much demand. He actually first performed it on the radio for the New York station WBAI, live one evening in 1966. He had no idea they were recording the session for later use. In fact, the station held this sole recording hostage, only playing it when fans had donated sufficient sums of money to the station. “Eventually they were playing it so often,” related Guthrie, “they took pledges to stop playing it, and…raised even more money.” It took a successful series of performances at the Newport Folk Festival in 1967 to convince Guthrie to record the track for an eponymous debut later that year. Arlo sent a demo of the recording to his father, legendary singer Woody Guthrie, who was then on his deathbed.

Throughout the years, Arlo Guthrie has continued to revise the song for live performances. For example, in 2015, he altered one line about how a draft board would respond to two people singing the chorus. “They'll think they're trying to get married in some parts of Kentucky," Arlo joked, referencing a controversy of the time surrounding county clerk Kim Davis. Despite the original recording’s expletive in this line, it is generally left intact by radio stations, none of which have ever been fined by the FCC for airing the offending word.

But the song has seen far more drastic evolutions; as early as 1968 he was performing a wacky re-do of the song called “Alice’s Restaurant: Multi-Color Rainbow Roach Affair.” In this version, Chinese, Russian, and American scientists discover “multi-color rainbow roaches” in Alice’s Restaurant and try to use them to develop nuclear bombs. “Being stoned in a straight world is a lot easier than being straight in a stoned one,” muses Arlo Guthrie in one performance of this version, recorded in 1969 and released as “Alice–Before Time Began.”

“Alice’s Restaurant” has had many fans over the years, apparently including former president Richard Nixon—this may come as a surprise, given that the song advocated draft dodging and opposed the Vietnam War, which was fought while Nixon was Commander in Chief. Arlo Guthrie has even quipped that his song may be related to the infamous “18½-minute gap” in Nixon's Watergate tapes. I have no doubt that the satirical song will prompt us to reflect as well as laugh when we all tune in and sing together on Thanksgiving this year. “You can get anything you want…”