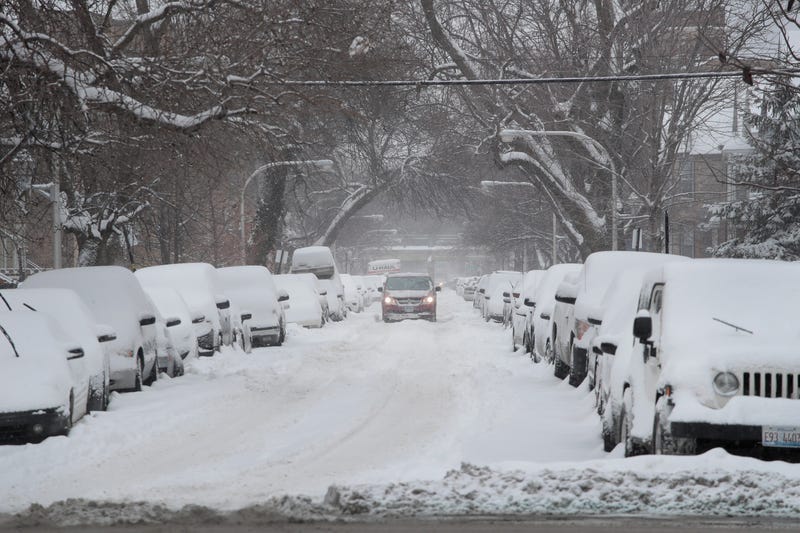 CHICAGO (WBBM NEWSRADIO) -- Parts of Chicago could see up to a foot or more of snow Monday.

Lake effect snow continues this AM in NW IN, along with wide-spread light snow. Snowfall continues throughout Mon, increasing in the late afternoon. Expect heaviest snow SE of I-55, while lake effect snow shifts further west, including near the city of Chicago. #ilwx #inwx pic.twitter.com/UD9BI0iLY1

Lake-effect snow on Monday will bring about 7 to 15 inches at Midway Airport, the weather service said. With more snow likely Tuesday, O’Hare Airport could see a foot.

Here is a generalized timeline of when snow is expected to fall pic.twitter.com/vbccLs5X7a

Meanwhile, Sunday’s high temperature peaked at just 4 degrees, breaking the record for the lowest high temperature on Valentine’s Day – 8 degrees. That record was set in 1943, according to the weather service.

Dangerous cold will continue tonight into Monday morning. Bundle up if you need to head outdoors. #inwx #ilwx pic.twitter.com/P9rsxDfhWS

Temperatures at night could dip as low as minus-7, with wind chills potentially dropping to minus-28, the weather service said.

In those temperatures, frostbite can develop in fewer than 10 minutes, the weather service said.

“Bundle up if you have to go outdoors,” the weather service said. 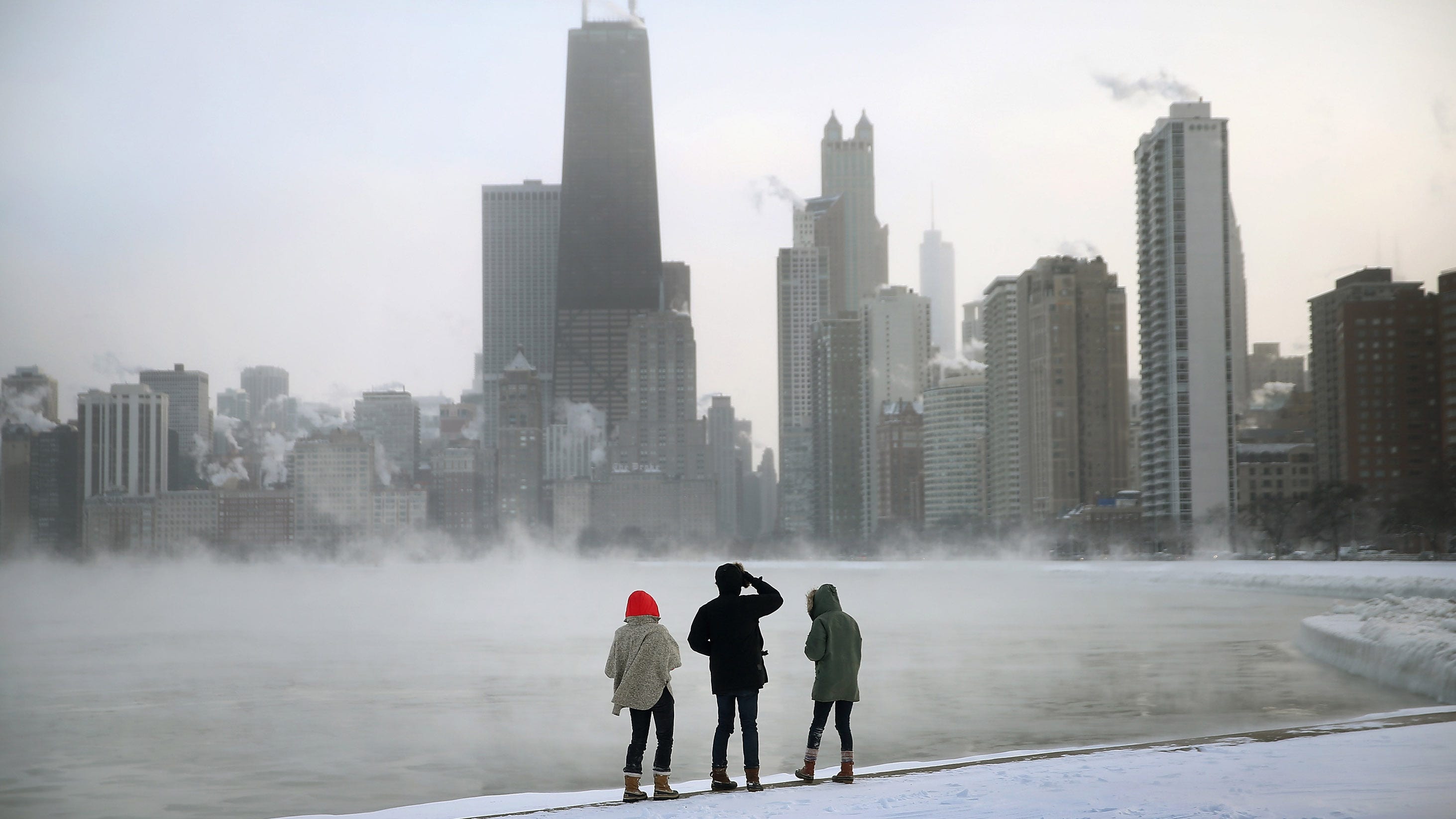