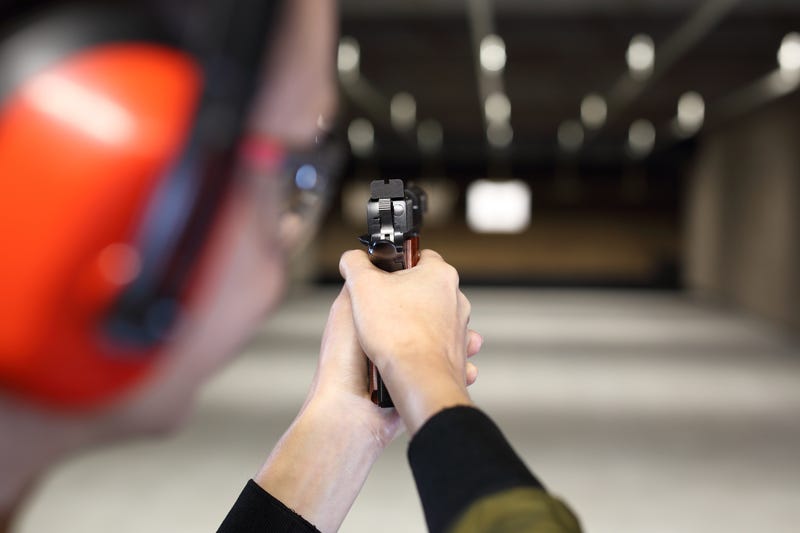 A mass text message mistakenly sent by a southwest suburban gun store Tuesday caused quite a stir for a couple of hours, jamming phone lines and causing an influx in calls to police.

Greg Dzierzkowski says it was nerve-wracking to receive the text this morning from Eagle Sports Range on 159th Street in Oak Forest.

The text said his background check was complete and that he could come pick up the gun he bought. Except Dzierzkowski hadn’t bought a gun.

"I panicked. My first fear was that my identity was stolen and somehow, someway, someone got my information and purchased a firearm,” he told WBBM Newsradio’s Bernie Tafoya.

Dzierzkowski tried calling Eagle Sports Range but couldn’t get through. He called Oak Forest Police, who told him there had been a text sent out by mistake. 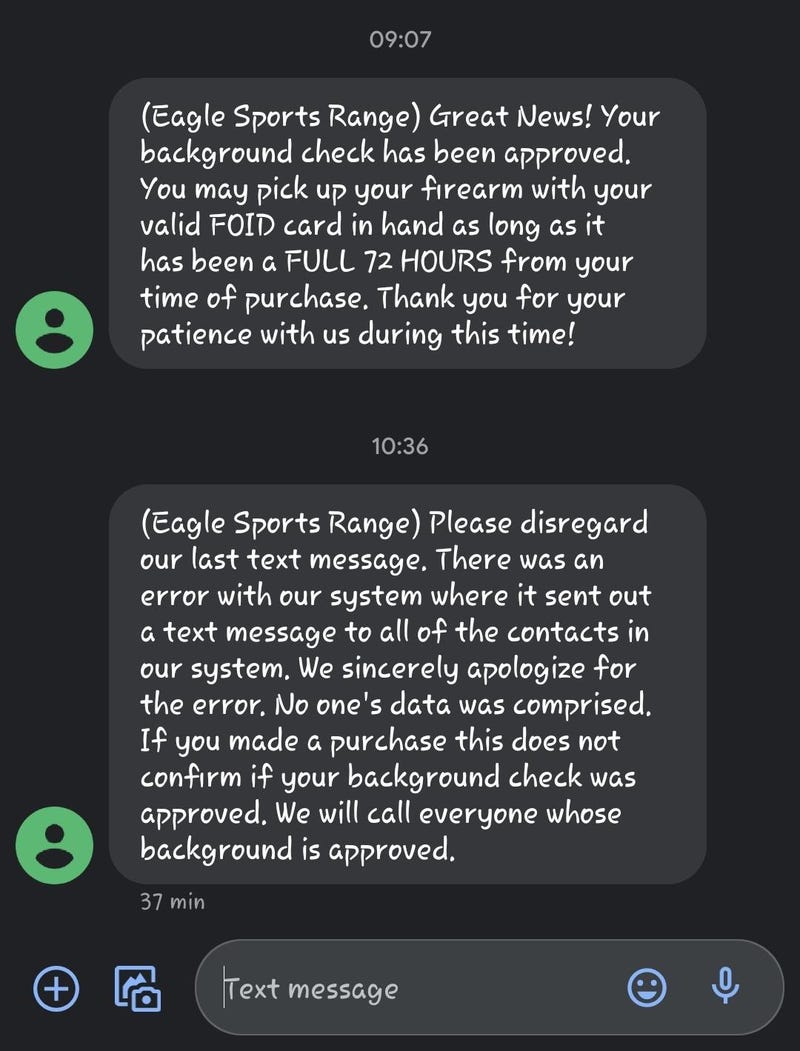 Dzierzkowski later received a text and a voice mail from Eagle Sports Range apologizing for the error. The text said an error in the store's system sent out a mass text message to everyone in the store's contacts.

Eagle Range said in the text that no one's data had been compromised.

Says Dzierzkowski: "You can imagine it’s a firearms purchase under your name that you didn’t make — it’s every firearm owner's worst fear, next to getting their firearm stolen." 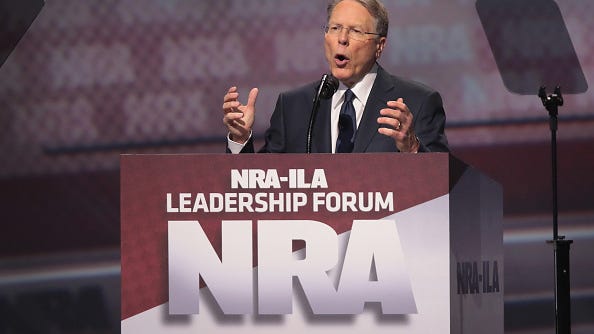