CHICAGO (WBBM NEWSRADIO) -- There was quite a scare in the Jefferson Park neighborhood Thursday night.

A wheel fell from the landing gear of a small plane, bound for O’Hare International Airport, and landed in the yard of a home in Jefferson Park on the Northwest Side.

According to Chicago police, the wheel “disconnected from an aircraft” had fallen to the ground around 6:20 p.m. in the 5500 block of West Leland Avenue. No injuries were reported.

It landed in Rose Bock's front yard, but she did not know about it until a neighbor called.

“It was a big boom! I didn’t know what it was. I didn’t know if it was in my house – I checked the basement, everything; I didn’t really didn’t look outside,” Bock told CBS 2. “She calls me and says, ‘They’re all by your house.’ He said: ‘There’s a tire. How did that tire get there?’”

The small plane with five passengers and two crew members landed safely at O'Hare, with sparks flying on the left side of the aircraft. 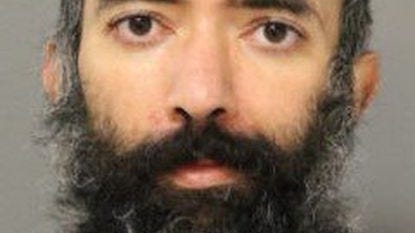 The Chicago Department of Aviation said an emergency response began when the plane came to a stop. At that time, it was found that the left landing gear assembly was missing. No injuries were reported.

The single-engine Pilatus PC-12 was being flown by as a charter flight by Boutique Airlines and had been headed to Chicago from Ironwood, Michigan in the Upper Peninsula, according to the Federal Aviation Administration.

#BREAKING - Police are investigating a tire that apparently fell from a small aircraft as it was on approach to O’Hare Airport. It landed on a #JeffersonPark yard. Neighbors described hearing a loud noise when the tire came crashing down, just missing a house. On @CapturedNews pic.twitter.com/9yUr0r0yOt

Runway 28Center was out of service, but air traffic operations have been unaffected by the disruption, O’Hare said.

The FAA and the National Transportation Safety Board were investigating Thursday night, with support from the Chicago Police Department and the Department of Aviation.