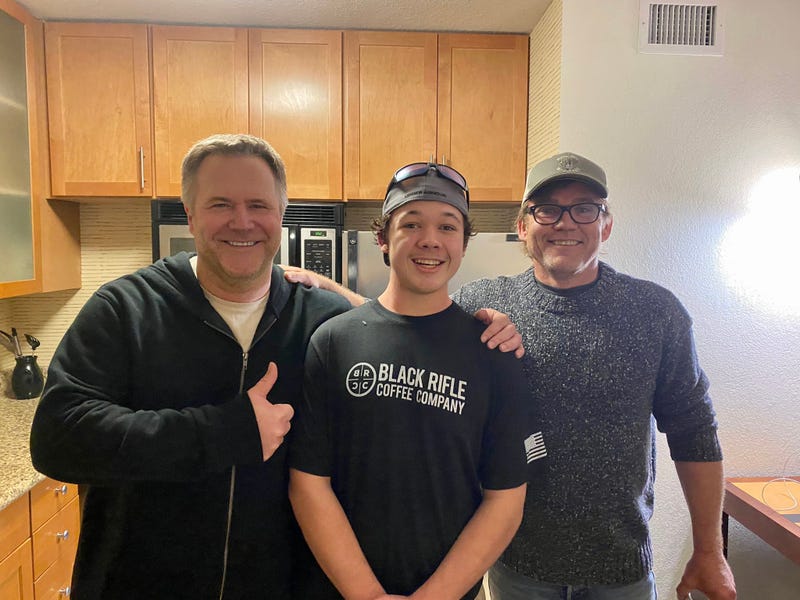 CHICAGO (WBBM NEWSRADIO) — Hours after Kenosha gunman Kyle Rittenhouse was freed Friday on a $2 million cash bond, some of the higher profile donors who contributed to his bail fund were revealed.

Rittenhouse faces multiple charges including homicide, attempted homicide, reckless endangerment and being a minor in possession of a firearm for the deadly shootings that killed two men and wounded a third on Aug. 25 during demonstrations over the police shooting of Jacob Blake in Kenosha.

Rittenhouse, who carried an AR-15-style gun, claims he acted in self-defense when he fatally shot demonstrators Joseph Rosenbaum and Anthony Huber and injured Gaige Grosskreutz.

Following the shootings, Rittenhouse crossed the border back to Illinois, turning himself into local authorities the next day. He was held in the Lake County Juvenile Detention Center for about two months and fought extradition to Wisconsin, which an Illinois judge approved on Oct. 30.

Rittenhouse’s current location is undisclosed as he awaits trial but he shared details about the gun used in the shooting during an interview right before his release.

He revealed in a phone interview with the Washington Post that the gun used in the shooting was purchased using money he received from an unemployment check from the government during the coronavirus pandemic.

"I got my $1,200 from the coronavirus Illinois unemployment, because I was on furlough from YMCA, and I got my first unemployment check so I was like, 'Oh I'll use this to buy it,'" Rittenhouse told the Washington Post from the juvenile detention center.

Since Rittenhouse couldn’t legally purchase the gun himself under Wisconsin law, he gave his friend, Dominick Black, then 18, money to buy it for him, according to both Rittenhouse and police reports.

Black, now 19, was charged on Nov. 3 with supplying the teen with the assault rifle used in the shootings. Black faces two felony counts of supplying a dangerous weapon to a minor causing death and could serve up to 25 years in prison if convicted on both counts.

He reportedly asked Rittenhouse to help guard businesses in Kenosha from looters and vandals during the demonstrations.