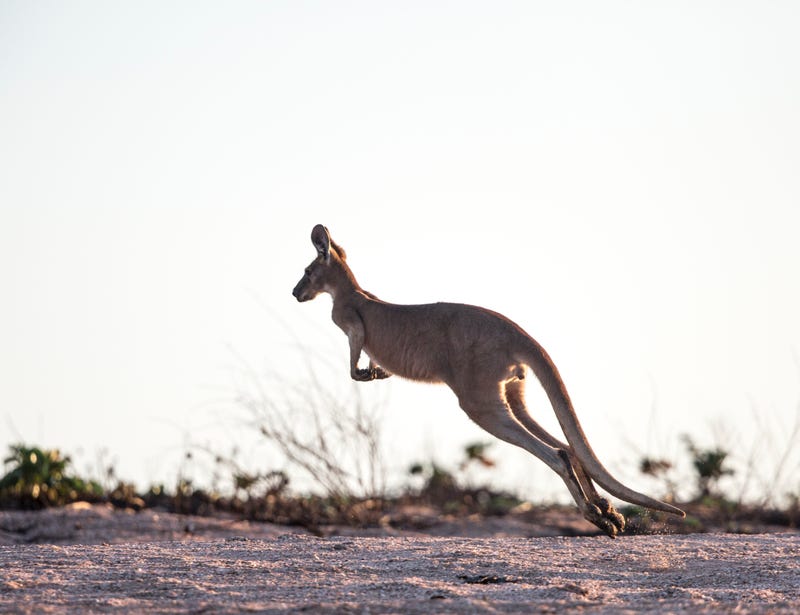 CHICAGO (WBBM NEWSRADIO) -- A pet wallaroo -- a mammal bearing a resemblance to a kangaroo and a wallaby -- led police in Peru, Illinois on a two-hour chase Wednesday before the animal was rescued after plunging into the Illinois River.

Police and other public employees tried to help corral the escaped exotic animal when it was reported on the loose around 1:15 p.m., Police Chief Chief Doug Bernabei said. Widely viewed video of the wallaroo, named Wally, was posted on Facebook.

The wallaroo bolted through the town’s central business district and along Illinois Route 251 and then jumped into the river, apparently attempting to swim across to the other side. Fishermen in a boat rescued the tiring animal, which was checked out at a veterinary clinic and appeared to be okay.

“It would be very difficult to explain how this crazy adventure affected so many people and how all of the police, fire, city employees and so many citizens were cheering for a rescue before it was too late.  With only seconds to spare the rescue was made,” the police chief said in a Facebook posting.

The wallaroo was legally owned, the chief said.