There are several ways you can get to a major awards show if you’re a big time celebrity. A limousine is the first thing that comes to mind, but Ronnie Wood proved to be a man of the people by taking public transportation.

The legendary guitarist of The Rolling Stones hopped on-board the Jubilee Line of the London Tube for a trip to the O2 Arena and the 2020 BRIT Awards. Wood documented parts of his journey on social media.

Knees up on the tube 😜 Heading to the #Brits2020
❤️🎸😎 pic.twitter.com/cb0wnjpeGX

Taking the Jubilee Line to the #Brits2020! @TfL @BRITs pic.twitter.com/OM07II9VDd

It was the beginning of a very busy night for Wood. He presented the award for Best Male Solo Artist to Stormzy during the ceremony. But the highlight of the show was a reunion with Rod Stewart and Faces to end the night.

"This show may be 40 years old, but the Faces are 50 years old," Stewart said. "There used to be five of us, and now there's three.” He then invited Wood and Kenney Jones on stage to perform their classic “Stay With Me.” The song was co-written by Wood, who also played with Stewart in The Jeff Beck Group before moving on to the Stones. 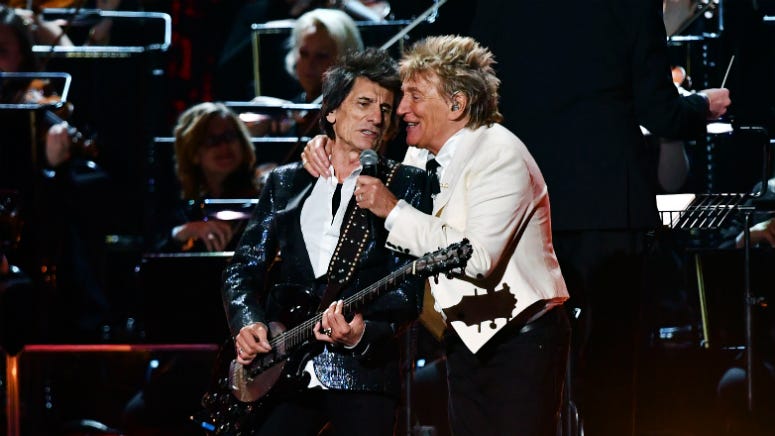 Wood will be back on the road with Mick, Keith and Charlie this spring and summer. The Rolling Stones recently announced another leg of their No Filter Tour. It’s a continuation of last year’s run of stadium shows that wrapped up in August. The 15-date 2020 tour kicks off in San Diego on May 8th and runs through July 9th in Atlanta.