It’s been 20 years since “The Matrix” hit theaters, astounding audiences with its cutting edge visual effects and gripping concept.

With last year's news that the threequel will receive a fourth episode in 2021, with Keanu Reeves and Carrie-Anne Moss reprising their roles as Neo and Trinity, it’s time to revisit the original film to discover layers you likely never knew. 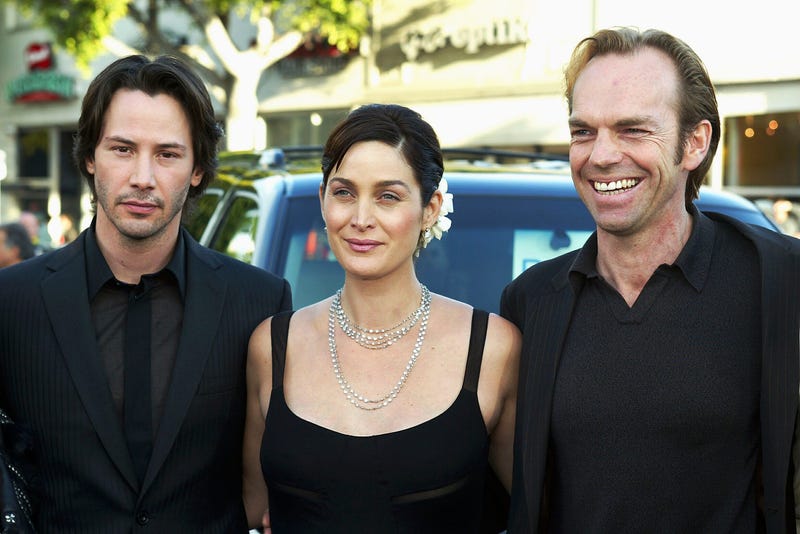 You take the blue pill, you can go on believing whatever you want about the “Matrix” movies, that they’re mindless entertainment and best left in the past. Or you can take the red pill, read more about the classic film, and see how deep the rabbit hole goes.

It’s hard to imagine “The Matrix” without Reeves in its leading role, but Warner Brothers offered the role to both Smith and Cage, who both turned down the movie. Other actors in the running included Tom Cruise, Johnny Depp, and Leonardo DiCaprio, but Reeves eventually won out.

Other actors were considered for Morpheus too

Reeves found a great match in Laurence Fishburne, and the duo create a strong pairing throughout the film. But the role of digital warrior and teacher Morpheus almost went to Russell Crowe, Sean Connery, and Samuel L. Jackson.

It took 120 cameras to shoot the iconic bullet-dodging scene

The scene has become the most recognizable of the entire film, and it was specially conceived for the movie. Still images from 120 cameras were stitched together to create the effect, along with shots from two movie cameras. The whole thing was tested ahead of time on an exploding trash can. The effect certainly made an impact; it was parodied in 20 films over the next three years.

Pretty much everyone got hurt on set

The fight scenes in the film may look amazing, but they required a grueling shooting regiment and serious training to produce. The toll added up on the actors’ bodies. Reeves told The Guardian, “Hugo [Weaving] had hip surgery. Carrie-Anne [hurt] her hip and ankle. Laurence got hit in the head. He got his eyelid sliced open ... I couldn't walk a couple of times.” No pain, no glory.

“The Matrix” gains its unsettling vibes from a pervasive green tint, while the real world seems cold thanks to a blue tint. The entire movie is segmented based on these colors, with green only appearing in the real world in the symbols representing the Matrix on the Nebuchadnezzar crew’s computer screens.

Some heavy, existentialist subject matter is woven throughout the movie. To make sure the cast was up on their theories of reality, the Wachowski sisters, who directed the film, required everyone read several works by Jean Baudrillard, Kevin Kelly, and Dylan Evans and Oscar Zarate.

The Wachowskis blew the entire budget on one scene

The directors originally wanted $80 million for the film, but Warner Brothers would only agree to $10 million. So the duo spent the entire 10 mill on the first scene, where Trinity fights off several cops and agents with the film’s signature high-end effects. The Wachowskis showed the scene to film execs, who were so impressed they green-lit the rest of the 80 million.

The movie changed laws in Australia

The entire film was shot in Sydney to take advantage of tax incentives, but the helicopter scene technically violated airspace laws in the city. Rather than change the movie, the filmmakers got the state of New South Wales to change its laws.