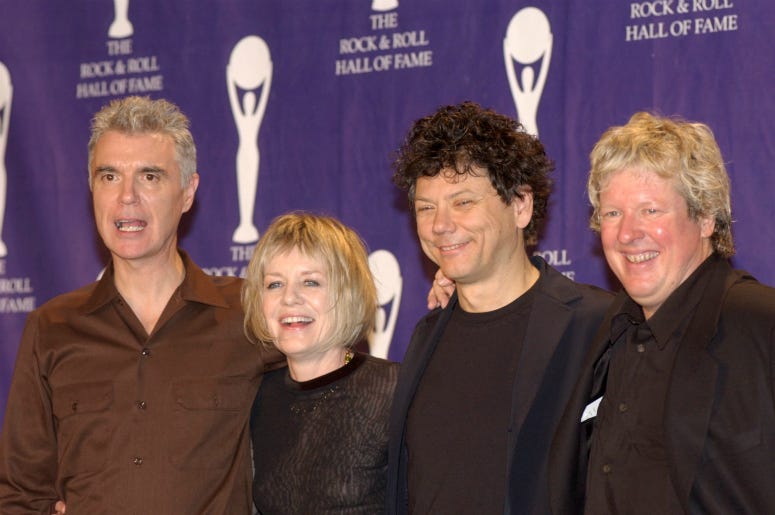 Speculation about a Talking Heads reunion is going nowhere. Band members have already put the rumors to rest.

Days after an unverified Instagram account tied to the “Once in a Lifetime” band surfaced, singer-guitarist David Byrne told Rolling Stone he was as surprised as everyone else.

“I have never heard of this. I don’t know what it is or who is doing it, so clearly it can’t be an official Talking Heads account,” he said in a statement to the magazine. “Whatever plans others in the band may have is strictly their own business and I wish them well.”

WATCH MORE: 5 Bands That Reunited After Breaking Up

Variety reports the Instagram account, which hasn’t posted anything but already boasts more than 18,000 followers, was set up by keyboardist – guitarist Jerry Harrison’s new manager in connection with an upcoming 40th anniversary of Remain in Light tour he’s involved in. Drummer Chris Frantz and bassist Tina Weymouth also shot down any reunion talk.

“We were made aware of the Instagram account a few days ago as it was brought to life by someone who works with Jerry,” the pair said. “We have not even talked about this internally yet. We are all currently happily working on our own projects and there are no plans for a Talking Heads reunion.”

The four main members of the Talking Heads last performed together at their Rock and Roll Hall of Fame induction ceremony in 2002. Their last proper studio album was 1988’s Naked.