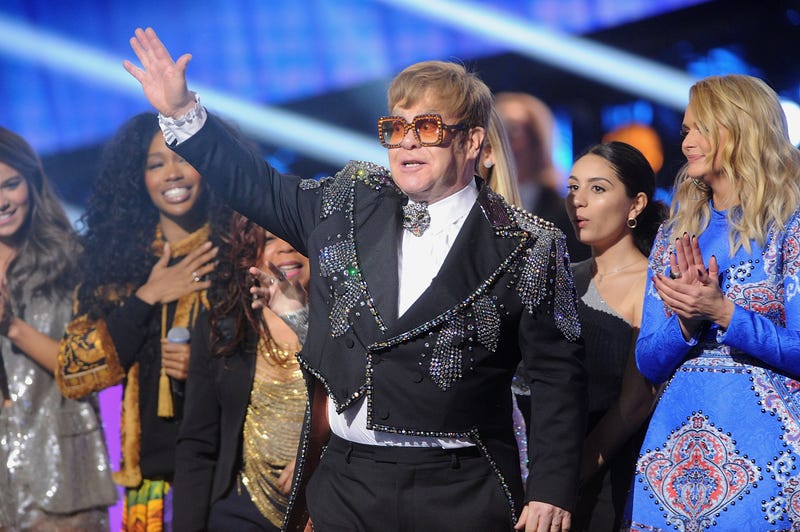 He's a legendary performer, and tonight he'll be joined by a TON of star power as CBS TV will air a tribute concert to the Rocket Man himself. We've rounded up a few previews of the show, and it is safe to say that there will be some EPIC performances during the telecast.

SZA and Shawn Mendes will perform "Don't Go Breaking My Heart" during the telecast:

Country music's Little Big Town will perform a powerful cover of "Rocket Man"," and we're quite excited to see it:

We'll be singing along with @LittleBigTown when they perform "Rocket Man" during the tribute special "Elton John: I'm Still Standing – A GRAMMY Salute."

Watch the special when it airs TOMORROW at 9p.m., ET/PT on @CBS! #EltonSalute pic.twitter.com/anM5jsg7NH

Ed Sheeran has the daunting task of covering the iconic track, "Candle In the Wind," during tonight's show, but he says it wasn't that nerve wracking to perform the song in front of the legend himself:

Watch @EdSheeran​ get candid on why he felt comfortable performing for his friend, @EltonOfficial.

We also have a preview of Kesha performing "Goodbye Yellow Brick Road" ahead of tonight's program. "That was insane, having Elton John just watch me perform one of his most famous songs ever," Kesha said.

"That was insane, having @EltonOfficial just watch me perform one of his most famous songs ever." - @KeshaRose

Here's a look at the list of planned performances that we'll see tonight on TV:

Elton, of course, is busy gearing up for a massive farewell tour. The 70-year-old super star will embark on the Farewell Yellowbrick Road Tour this fall. It will kick off on September 8 in Allentown, Pennsylvania. The tour, which will zigzag across the globe, has more than 300 dates scheduled over the course of the next three years.