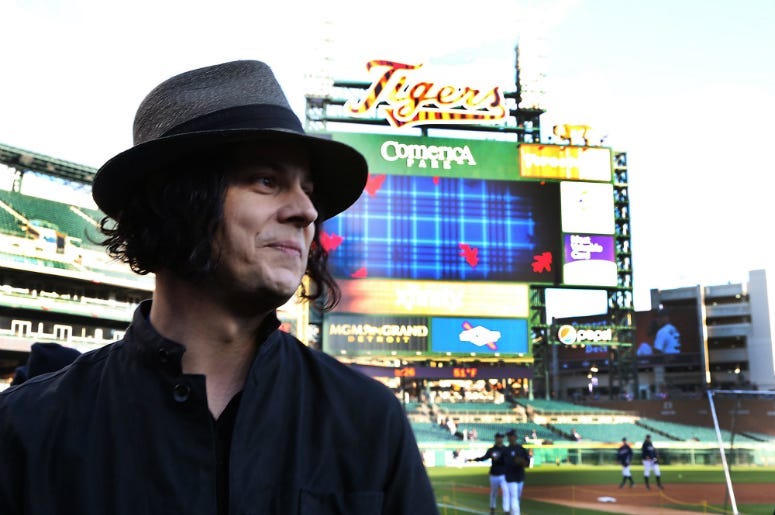 It's no secret Jack White & The Raconteurs love baseball. The latest happenings surrounding the group takes their fandom to a whole new level.

The band was in Washington D.C. the other night performing a show at The Anthem and decided to take in a ballgame ahead of time. A matchup between the Washington Nationals and Milwaukee Brewers was taking place as Jack White and Brendan Benson were in attendance.

The duo caught the first few innings of the game, but had to leave to go play a show at the nearby venue. Once the show was over, they were informed the game was in extra innings and high-tailed it back to the staidum.

Camera crews got ahold of the two and Fox reporter Ken Rosenthal broke the news to the viewing audience.

Here's the video of Ken's story, The Raconteurs played The Anthem in DC tonight, google tells me. pic.twitter.com/kcc5fSWXwN

The Brewers ended up beating the Nationals 15-14 in a 14 inning affair, much to Cubs fans chagrin.