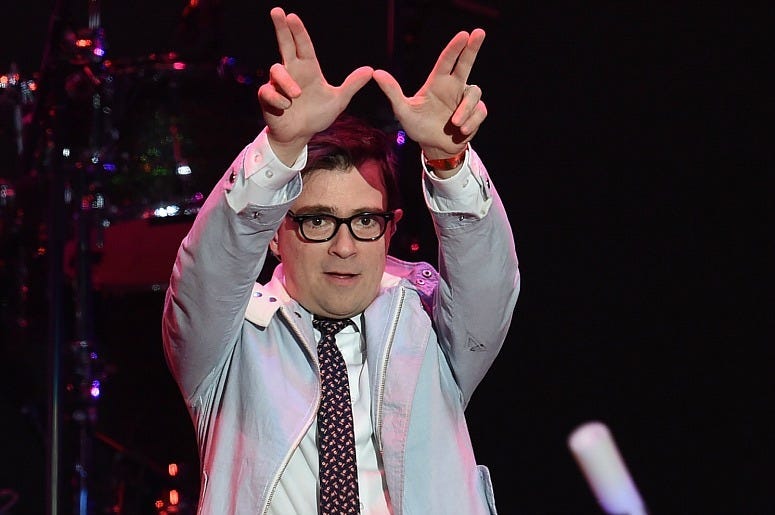 January 24, 2019 01/24/2019 8:37 pm
No one could have seen Weezer's career trajectory take this turn. Yet, here we are.
Weezer has unveiled the surprise Teal Album consisting entirely of covers. Tears For Fears, The Eurythmics, Black Sabbath, Michael Jackson, and TLC are just a few of the artists Weezer covered on the album.
However, the band will be releasing an album of new material when The Black Album hits record stores on March 1st.
Weezer (The Teal Album) Tracklist:

1. Africa (Toto)2. Everybody Wants to Rule the World (Tears for Fears)3. Sweet Dreams (Are Made Of This) (The Eurythmics)4. Take On Me (a-ha)5. Happy Together (The Turtles)6. Paranoid (Black Sabbath)7. Mr. Blue Sky (Electric Light Orchestra)8. No Scrubs (TLC)9. Billie Jean (Michael Jackson)10. Stand By Me (Ben E. King)