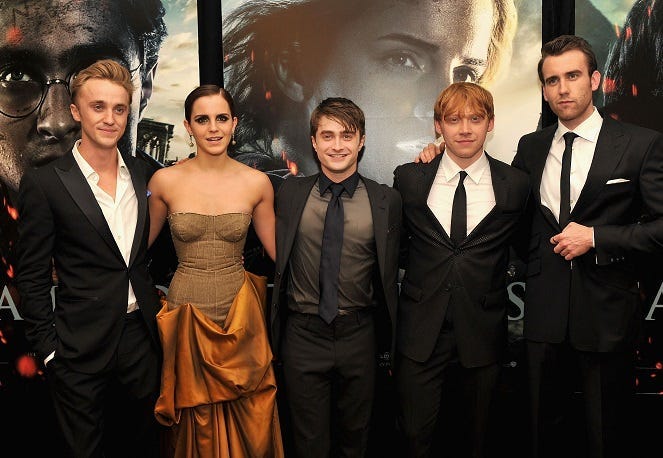 Did you ever think Gryffindor could cross over into Slytherin lines?!

Emma Watson and Tom Felton have known each other since childhood, growing up together on the Harry Potter sets as they played Hermione Granger and Draco Malfoy.

While Hermione and Draco have ALWAYS fought with each other on the big screen, could that have fueled their love off air?!

Fans certainly think so after Tom shared a photo of himself and Emma in South Africa together playing the guitar.

Potterheads, including myself, quickly soaked up the magical chemistry between the two!

This isn’t the first time these two have sparked romance rumors! This past February, Emma shared a portrait of herself with the caption, “Friends capture you best,” and tagged Tom as the photographer.

Emma also shared a beach selfie with Tom in November 2018, along with a video of the pair riding on Tom’s long board together.

OH MY WIZARDRY HOW CUTE!!

Reports say that they are NOT dating, but obviously they're very good friends.

Either way, I think we can cross Hogwarts lines to let this relationship happen!