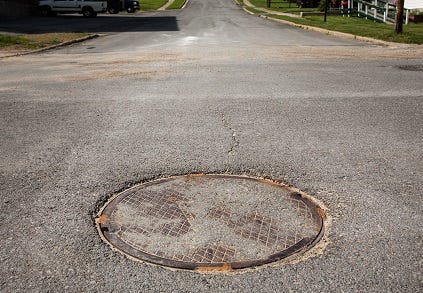 The Berkeley City Council in California voted Tuesday to amend its municipal code to excise gender-specific terms in favor of gender neutral ones. This means that (among other things), a “manhole” will soon be known as a “maintenance hole.”

In an effort to be more inclusive, the Berkeley City Council also adopted an ordinance to replace gendered language in the city’s municipal code with gender neutral terms, according to the San Francisco Chronicle.

So what does this mean? Rather than “craftsmen,” for example, the city will use the words “craftspeople” or “artisans.” The city will also aim to use the term “firefighters" instead of “firemen,” and “repairers” instead of “repairmen.” Words like "manpower" will be exchanged for words like "human effort" or "workforce."

Their reasoning behind this is that the gender-neutral language allows citizens of Berkeley to acknowledge that it’s not just men in these roles than many women in the city also occupy.

Council member Rigel Robinson, who sponsored the ordinance, revealed his thought process. "Gender-neutral language creates a lot of room to acknowledge that it’s not just men running the country," he says.

The change will require a second vote on July 23rd before officially becoming law. And still, there are critics who believe the city should be spending its time correcting other things before being concerned with the language used.

Unfortunately, the change comes at a cost to the city. To change to gender neutral pronouns on city forms and documents will cost the city an estimated $600.